Posted on 2015 September 9 by Melissa Kunz

Special Collections recently acquired the story outline for a film version of Heart of Darkness that was written by Orson Welles in the late 1930s—originally intended to be his first major picture. He wrote a full screenplay, but executives at RKO Studios thought it would be too expensive to produce and the story’s themes of lust and power too challenging. After RKO president George Schaefer rejected the project, Welles went on to write and direct the blockbuster award-winning film Citizen Kane, which solidified him as a major creative talent in Hollywood. 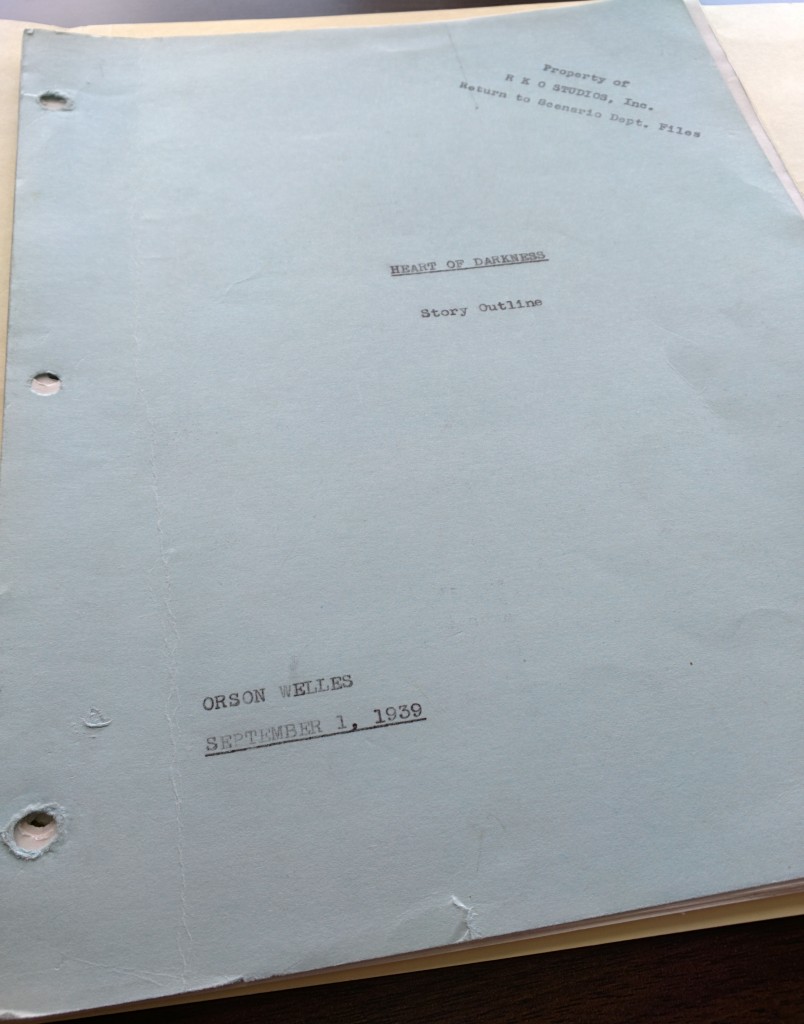 Melissa Kunz is a Special Collections Librarian. She holds a Masters in Library and Information Studies and a J.D. from the University of Oklahoma, and a Bachelor of Arts in English from Hendrix College in Arkansas.
View all posts by Melissa Kunz →
This entry was posted in Acquisitions, Collections, Popular Culture and tagged film, heart of darkness, joseph conrad, movie, orson welles, screenplay, script, story outline. Bookmark the permalink.