Posted on 2015 September 24 by Hannah Johnson

TU Special Collections owns an impressive assortment of Playbill theater programs gathered from several donor gifts and acquisitions, related to productions that ran in theater houses from across the U.S. Currently we are organizing and taking inventory of the individual volumes. This magazine is comprised of ads, interviews, short stories, advice, etc., and of course the particular show credits. Some of the more famous show programs include The Phantom of the Opera, Les Miserables, The Lion King, Hello Dolly, and Brigadoon, just to name a few. 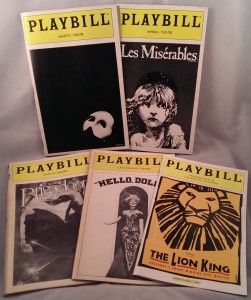 So far the oldest program in the collection dates to 1938. The ads in the 1930s Playbills are a step back in time. And interestingly, lingerie seems to have been a common type of ad in the older publications. And of course the tobacco and liquor ads were much more prevalent. The fashion and car ads have been popular throughout the publication’s history and transformations. Here are some style tips for the modern 1930’s man… 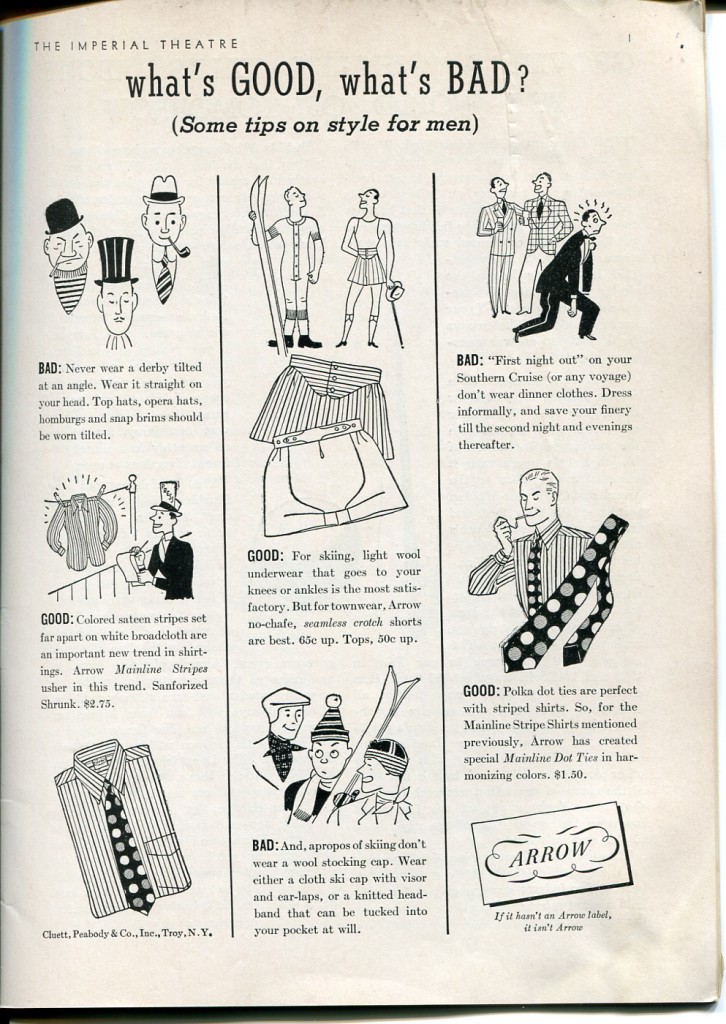 Playbill was first published in 1884 and has continually produced programs for Broadway and off- Broadway theaters, though at times under different titles and owners. The publication has gone through many stylistic changes and has moved with the fashions and ideals of the eras. In 2009, the magazine celebrated its 125th anniversary. In that same year it was estimated that Playbill would print around 3.9 million theater programs for the various theaters across the U.S. (Viagas, 2009).
Viagas, Robert. “Playbill Magazine Celebrates 125 Years in the Biz Sept. 21.” Playbill. September 21, 2009. Accessed September 24, 2015. http://www.playbill.com/news/article/playbill-magazine-celebrates-125-years-in-the-biz-sept.-21-329619.