This past Thursday, April 6th, the Special Collections department and McFarlin Fellows hosted the last dinner and reception for the 2016-2017 year. The evening started off promptly at 6:30 p.m. with cocktails and conversation in the Faculty Study Lounge. Following the cocktail hour, attendees moved downstairs for dinner in the Pat and Arnold Brown Study Hall. Dinner included delicious dishes of wedge salad with blue cheese, lamb chops, and chocolate cake. 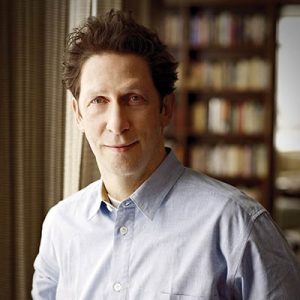 Tim Nelson, originally from Tulsa, graduated high school from Holland Hall in 1982. A surprising fact about Nelson is that he played soccer with a few members of the McFarlin Fellows. He attended the Oklahoma Summer Arts Institute at Quartz Mountain Resort Arts and Conference Center in Lone Wolf. Nelson was inducted as an honorary member into the Phi Beta Kappa honor society at the University of Tulsa in 2009.

Nelson was excited to be at The University of Tulsa to speak in front of friends, as well as his mother, Ruth, who is well known for her philanthropic work around Tulsa. He began his lecture by manipulating his voice to show techniques he was taught during graduate school. Nelson was 1 of 20 selected out of 1200 to attend Julliard. While at school, he was primarily taught stage acting through plays by Shaw and Shakespeare. He knew that if he could succeed as one of their characters, he could succeed on screen. He was recruited for his first film after a performance in A Midsummer Night’s Dream. One of his better known movies O Brother, Where Art Thou?, loosely based on Homer’s Odyssey and Sullivan’s Travels, received a Grammy Award for Album of the Year in 2002, which included Nelson singing “In the Jailhouse Now.”

The part of his speech that resonated with me the most was Nelson’s description of us as a society. We are impatient people. We expect films to give us everything that we want instantly. Advances in technology have impacted the way we approach story-telling. Thank goodness we are a society where our primary medium – words, sounds, and images – allows us to have an unlimited amount of resources to pull from. Nelson said the greatest thing about the industry is that it does not require people to have the highest means or level of education to enjoy it. Nelson’s lecture was marvelous to say the least. One individual in the audience even described his speech as a “rockin’ great lecture.”

Nelson has recently collaborated with James Franco, whom Nelson says has made him a more motivated actor, writer and director. He will appear in a movie next month called “Colossal” directed by Nacho Vigalondo. Nelson is currently working on his next project – a modern day adaptation of Don Quixote filmed in Louisiana. The Department of Special Collections cannot wait to see what he does next. 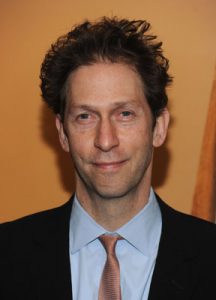 The McFarlin Fellows are an integral group whose donations help McFarlin Special Collections and University Archives purchase new collections. The University of Tulsa prides itself for being a lead research institution that embraces a liberal arts foundation. Our collections contribute to this mantra through its appeal to researchers who visit McFarlin Library from around the world. To find out more about the McFarlin Fellows visit: https://utulsa.edu/mcfarlin-library/giving-to-mcfarlin/mcfarlin-fellows/.