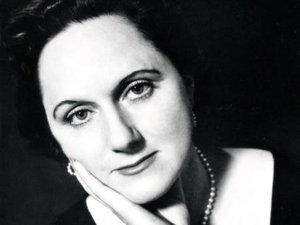 Elizabeth Coles Taylor, a novelist, was born in England on July 3, 1912. She worked as a librarian and governess before she published her first novel in 1945, At Mrs. Lippincote’s.

Taylor wrote several novels, various short stories, and even a children’s book. Her works focused on women, children, and the everyday lives of middle- and upper-middle class people in England. Her work was praised for feeling deft and character-driven rather than seeming obviously plotted out in advance, with critic Phillip Hensher writing that The Soul of Kindness seems

… as if the cast are so fully rounded that all the novelist had to do was place them, successively, in one setting after another and observe how they reacted to each other.

Taylor is noted to have been a very private person, and eschewed publicity. Her underrated nature as an author is possibly owed to the fact that she shared a name with Elizabeth Taylor the actress, who really came into fame around the same time that Mrs. Lippincote’s was published.

Two of her books have been turned into movies. Mrs. Palfrey at the Claremont was released in 2005, starring Joan Plowright. The Real Life of Angel Deverell was adapted into Angel in 2007, and starred Romola Garai.

Special Collections houses many of Taylor’s papers, including manuscripts handwritten in notebooks, scripts for BBC adaptations, correspondence, and Taylor’s essays and autobiographical pieces.

Elizabeth Coles Taylor manuscripts, collection ID 1985-002, is housed off-site and requires special arrangements for anticipated use. The finding aid with a detailed inventory is listed here.

Melissa Kunz is a Special Collections Librarian. She holds a Masters in Library and Information Studies and a J.D. from the University of Oklahoma, and a Bachelor of Arts in English from Hendrix College in Arkansas.
View all posts by Melissa Kunz →
This entry was posted in Birthday, Collections and tagged author, birthday, elizabeth coles taylor, novelist. Bookmark the permalink.