Though McFarlin Special Collections is known for its extensive World War I collections, it also has some material related to other wars and military figures including the War of 1812, the Civil War, the Vietnam War, and the Gulf War. The Henry C. Merriam papers (1500.001.023) is an archival collection consisting of a letter book containing personal and official correspondence from Merriam dating from April 10, 1865 to October 5, 1877.  This letter book contained several pamphlets and newspaper clippings tucked or pasted in which have been mostly removed and placed into folders.  There is also a folder that contains notes and descriptions from the previous holder of the book. 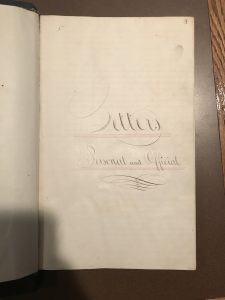 The letter book contains drafts of letters from Merriam to his military colleagues and even some personal ones in the form of a letter rebuking his wife’s insubordinate maid.  The first entry in the book regards the capture of Fort Blakely in Alabama by Merriam and the 1st Louisiana Native Guard.  The 1st Louisiana (later reorganized as the 73rd Regiment Infantry) was made up of African American troops and several letters following the taking of Fort Blakely contained Merriam’s defense of his men and their abilities. Some of the letters from later in his career deal with a Native American skirmish near the Arkansas River.  One of the most interesting letters is dated June 2, 1877.  This letter refers to his creation of a knapsack for infantry soldier that was later adopted by the military and called the “Merriam Pack” after him.  A report written by Merriam and published in the Army and Navy Register from April 4, 1891 and a typed condensed record of Merriam’s work in the 7th U.S. Infantry are among the materials that were tipped into the book.  The final folder of newspaper clippings contains several related to the murder of former Governor Stuenenberg of Idaho in 1905 for which Merriam had played a role in the events leading up to the murder. 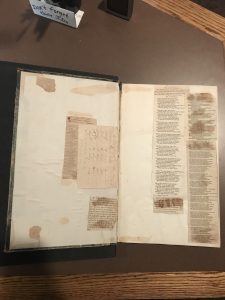 Merriam was born in Maine in 1837 and joined the 20th Maine Volunteer Infantry Regiment in 1862 as a captain. He fought with the Union army in the American Civil War and saw action at the Battle of Antietam. In 1894 he was awarded the Medal of Honor for his role in the capture of Fort Blakely in the Civil War.  Following the Civil War, he held several different positions across the U.S. and led military troops in the Nez Perce War in 1876 and in the 1885 Sioux uprising following Sitting Bull’s death.  He retired from the army in 1901 and by a special act of Congress was promoted to major general after retirement on February 5, 1903. 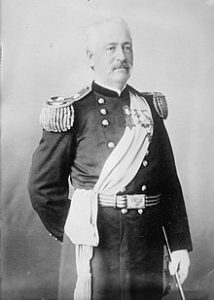 For more information on this collection go here.  If you are interested in other Civil War related collections check out our new finding aid here and type in the keywords “civil war.” To see any of our collections send us an email at speccoll@utulsa.edu or come see us on the 5th floor of McFarlin Library Monday – Friday 8am – 4:30pm.