McFarlin Special Collections and Archives is home to many collections of author’s personal papers and manuscripts. One such collection is the Christopher Isherwood papers, 1909-1954 (Collection number 1979.012). Isherwood was an English-American author and playwright. He wrote many novels and novellas, helped write stage plays, and created many writings in conjunction with his close friend and poet W.H. Auden. 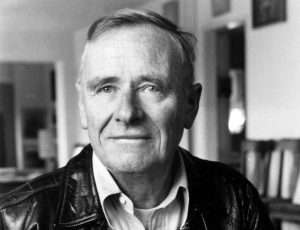 Christopher Isherwood was born in August of 1904 in Cheshire, United Kingdom. He grew up in a privileged family on the Isherwood estate. He attended Corpus Christi College at Cambridge but purposely failed and left in 1925. He then spent 6 months studying medicine at King’s College London from 1928 to 1929 but left before completing his studies. His first novel, All the Conspirators, was published in 1928. In the late 1920s he moved to Berlin which he later admitted was due to the Weimar Republic’s reputation as a place with sexual freedom where he could live more openly as a gay man. His two most famous works are collectively known as The Berlin Stories are semi-autobiographical works of his time spent in Berlin. This later inspired the stage play Cabaret. In 1933 he left Berlin and then traveled to China in 1938 to do research. In 1939 he and W.H. Auden set sail for New York in a move that many people thought was an attempt to avoid War World II. Soon after coming to the United States he moved to California where he lived for the rest of his life. He lived in Hollywood and became friends with people such as Truman Capote and Aldous Huxley. He became an American citizen on November 8, 1946 and converted to Vedanta for which he visited a guru once a week for the majority of the rest of his life. On February 14, 1953 he met Don Bachardy who was 18 at the time. They had an on and off relationship for the rest of their lives spending the last 10 years of his life happily together. Bachardy painted now-famous portraits of Isherwood as he was dying in their home. In the 1970s Isherwood adopted Bachardy so that he could inherit their house and the author’s royalties after his death since they could not legally marry. Isherwood died on January 4, 1986; his body was donated to science at UCLA and his ashes were later scattered at sea. After his death, his novel A Single Man was turned into a film in 2009 starring Colin Firth and Julianne Moore. His autobiography, Christopher and His Kind, was adapted into a television film for the BBC starring Matt Smith as Isherwood. He had more than 40 works published, some of which have been published posthumously. Over the last 7 years two books containing his diaries from the 1960s through the 1980s have been published and in 2014 a book of love letters between Isherwood and Bachardy was published. 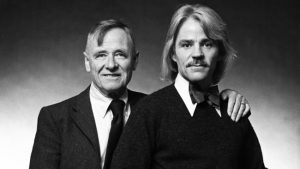 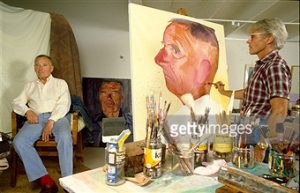 The collection of Isherwood’s papers contains both correspondence and writings. The correspondence consists of letters between Kathleen Bradshaw-Isherwood, his mother, and Richard Isherwood, his brother. There is also correspondence from others to Kathleen and Richard that often refer to Christopher. Handwritten notes and transcriptions of reviews of Isherwood’s works written by Kathleen can also be found in the collection. There are several notebooks and diaries written by Isherwood between 1917 and 1933 and photographs of the author from a young child to middle age, of his friends and family, and of his trips to the Canary Islands and Morocco. There is also a scrapbook put together by Isherwood’s parents containing paintings and photographs of Marple Hall, the Isherwood estate. The writings in the collection include “From Hankow to Shanghai, Through the Back Door,” “The Nowaks,” and “On Reugen Island.” This collection spans 10 document boxes and 1 oversize box. It is kept at our offsite facility so if you would like to look at we will need to know 48 hours in advance to make sure we have enough time to retrieve it.

This entry was posted in Collections and tagged Berlin, Cabaret, Christopher Isherwood, Don Bachardy, The Berlin Stories. Bookmark the permalink.