Earlier this semester we switched to a new database for our collections that, among other things, allows researchers to search for specific items through our entire collection instead of individual collections. This new system inspired us to go back through to update and expand records for collections. As part of this project, I began reorganizing and creating more in-depth records for the Harold Leventhal Proletarian archive (2006.003). This collection was acquired in 1977 and consists of his library of books and his papers. His library contained over 360 books which have been catalogued into our collection of books. These can be found by searching for “Harold Leventhal Proletarian Library” under the subject field on the library’s catalog. The papers section of the collection consists of 3 series: pamphlets and flyers, correspondence, and oversized materials. The flyers and pamphlets were mostly produced by various socialist and communist groups in the U.S. and give details of events being put on by these groups. The correspondence series has a large folder of correspondence between Leventhal and the activist Ammon Hennacy. The materials are in English and German. 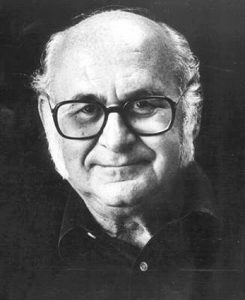 Leventhal was a folk music manager who was born in New York in May 1919 and died there in 2005. His political activism started at a young age and he was arrested in 1935 for organizing a strike to convince students to refuse to fight in future wars. He was a member of the Young Communist League.  His first job in the music business was as an office boy for songwriter Irving Berlin. He would go to nightclubs to try and sell songs to musicians. He then enlisted in the Second World War. He was stationed in India where he met Gandhi and was inspired to found the American Friends of India. He met his future wife Nathalie Buxbaum, a UN guide, through an event related to his work with India. After the war, he met Pete Seeger and ended up representing his band The Weavers. His Christmas Eve Weavers reunion concert at Carnegie Hall in 1955 is cited as igniting the folk music boom of the late 1950s and early 1960s. This explosion of popularity allowed Leventhal to promote Bob Dylan’s first big concert which took place in NYC in April of 1963. 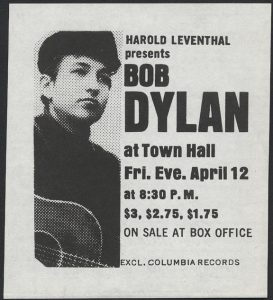 Throughout his career he produced concerts for musicians such as Pete Seeger, Johnny Cash, Bob Dylan, Neil Young, Neil Diamond, and Joni Mitchell. He essentially adopted Arlo Guthrie after his father’s death in 1967. He won a Grammy award in 1989 for producing the album Folkways: A Vision Shared which was a tribute to Woody Guthrie and Lead Belly. In 2003 a concert was held at Carnegie Hall in his honor which featured many prominent folk musicians. There is a large collection of his papers at the Woody Guthrie Center in downtown Tulsa. 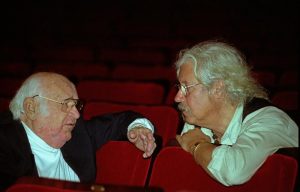 If you are interested in seeing the Harold Leventhal proletarian archive, stop by our office on the 5th floor of McFarlin Library. You can access the record for the collection here.