Posted on 2018 February 9 by Amanda Vestal

As a result of having a large collection and limited staff, we are not always able to fully process collections in a timely manner. This means that there may be items in our collections which we are unaware of. Due to a recent researcher request, we were able to discover some materials related to the writer Henry James in the Rupert Hart-Davis Archive (1999.002). The records for the RHD collection mention some materials related to Henry James but we had assumed that these were probably just newspaper articles about James based on the materials RHD collected from other authors. Much to my surprise, there were several handwritten letters by Henry James to various recipients. Henry James died when Hart-Davis was still a child so it seemed impossible that he would have any materials from the author directly. However, it seems that RHD was a big fan of James and collected many of his letters. This discovery proves that you never know what you might find when working in an archive. As I work on a project to create a more detailed inventory of the Rupert Hart-Davis collection, I am excited to see what other unexpected materials I may find. 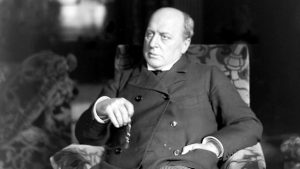 Henry James was born in April of 1843 in NYC. He attended Harvard Law School in 1862 but soon realized that he did not want to pursue law and began following his interests in literature. Soon after in 1864, he published a short story entitled A Tragedy of Error but he did so anonymously. He continued to write and published his first novel, Watch and Ward, in 1871. He spent much of his childhood traveling abroad in Europe which probably inspired his relocation to Europe and eventual settlement in England. James is often considered one of the greatest novelists of the English language with one of the longest and most prolific careers of a writer with 20 novels, 12 plays, and 112 short stories. His works often focus on the clash of the New World and the Old and are seen as the bridge between literary Realism and Modernism. Henry James passed away in London on February 28, 1916. It is amazing that we have just discovered potentially previously unknown correspondence from Henry James almost 102 years after his death!

This entry was posted in Collections and tagged Henry James, rhd, Rupert Hart-Davis. Bookmark the permalink.