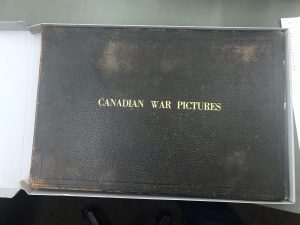 In World War I, there were significant battles that would change the course of the war. One of the most important was the battle of Vimy Ridge which was captured by Canadian armed forces in 1917. Vimy Ridge was essential to the war effort because it was the highest point in the region, which was over 10 miles long and the Germans and British had fought over it on several occasions. As part of the British Commonwealth, Canada was obligated to participate in the war efforts and contributed significantly in missions. More than 600,000 Canadians fought in World War One with 60,000 killed and 170,000 wounded, all for the cause of defeating the German forces.

Before the Battle of Vimy Ridge, the Canadian military had trained extensively and used large-scale models of the trench systems that the Germans had built along the ridge. They used aerial surveillance to plot out the German trenches and dug tunnels under the German frontline trenches, these were packed with explosives and exploded once the attack took place. Waves of Canadian troops attacked the German frontline, and the Germans withdrew after losing several key checkpoints.

Here at McFarlin Library Special Collections, we are fortunate to have the William Rider Canadian War Photographs 1917-06-1918-12. In the collection you can find a variety of pictures from the Canadian military during the World War I period, containing images of various forms of combat. Some photos include military personnel dressed in their military attire, and others have pictures of soldiers in a trench and multiple types of combat. A particular photograph that I would like to draw attention to is with two soldiers cramped in the trenches. Soldiers could be stuck in these conditions for weeks at a time, unable to move and facing enemy lines. These circ 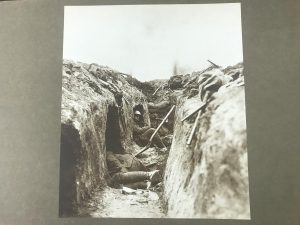 umstances would have been terrifying and terribly challenging for an individual to deal with. Ultimately, the men in the photograph put together a war effort that would change the course of the First World War.

If you would like to come and see the William Rider Canadian War Photographs (2001.036) you can find us on the 5th floor of McFarlin Library Special Collections. We are open Monday – Friday from 8:00am-4.30pm.

We hope to see you soon.

This entry was posted in History, World War I and tagged Canada, World War I. Bookmark the permalink.