Archaeology is a fascinating subject and Oklahoma has a rather a wild archaeological history, primarily because of the Spiro Mounds site, just across the border from Fort Smith, Arkansas. I grew up in the area near Spiro but it wasn’t until my Anthropology classes in college that I truly understood exactly how much of a treasure Spiro really is.

A group of people called the Mississippians built earthen mounds of all sizes across the modern-day southeastern United States. Ostensibly, these mounds were burial sites for the religious leaders, but they were also extremely important economic centers as trade flourished between the Mississippians and groups on the Great Plains and in the Northeast. The people traded for a wide variety of objects from hides to shells, which were included in sacred burial sites. Cahokia, located near modern-day St. Louis, was the largest site; as the largest ancient city in North America, it rivaled Paris and London in terms of spiritual prestige and economic dominance! For unknown reasons, however, Cahokia’s influence began to wane sometime before 1300 BCE. 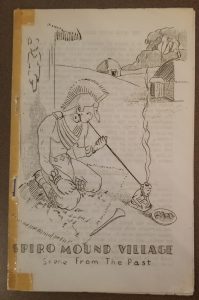 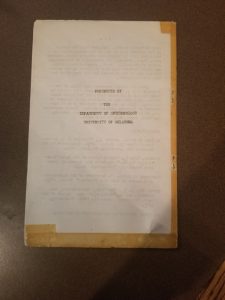 While Cahokia declined, however, Spiro’s importance was increasing greatly, thanks to its strategic location on the Arkansas River with easy access to both the Plains and the Woodlands. Elite Spiroans acquired a large number of status objects from Cahokia, which further cemented its reputation. Similar to Cahokia though, eventually the Spiro mound site was abandoned.

The mounds remained untouched until the early 1930s, when a group of unemployed miners who called themselves the Pocola Mining Company began excavation. Hoping to strike it rich, they did so far beyond their wildest imaginations, as they discovered perfectly intact burials with massive amounts of funerary objects. They sold as much as they could to local buyers until anthropologists like Forrest E. Clements of the University of Oklahoma and Samuel Dellinger of the University of Arkansas tried to stop them in hopes of salvaging as much of the site as possible. This led to a protracted legal battle and landmark state legislation as Oklahoma led the way in establishing archaeological excavation protocol. Salvage excavations began in the mid 1930s but were put on hold during World War II; The University of Oklahoma, The University of Arkansas, Gilcrease Museum, Woolaroc, and dozens of private collectors acquired vast quantities of objects by the time the salvage projects began. Interest in the Spiro Mounds picked back up after the war, with more excavation and a flurry of publications; unfortunately, the standard excavation practices of the time meant that the mounds were destroyed in the process.

The mounds were rebuilt and the Spiro Mounds Archaeological Center opened to the public in May 1978. It is currently owned and managed by the Oklahoma Historical Society. Dennis Peterson is the Spiro Mounds Archaeological Center site manager who gives excellent tours, so if you’re at all able, I highly recommend visiting. If you are interested in further reading, the Spiro entry in the Oklahoma Historical Society’s provides a great explanation.

There are around 200 books regarding Spiro in McFarlin Library and ten of those are in Special Collections, like this one. 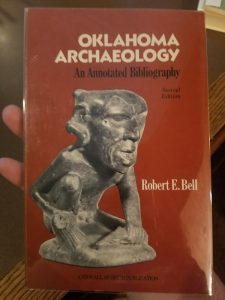 The majority of the Spiro artifacts are housed at the Gilcrease Museum, but Special Collections has a few artifacts, and here are photographs of some of my favorites. We have dozens more and I could talk about Spiro all day long! 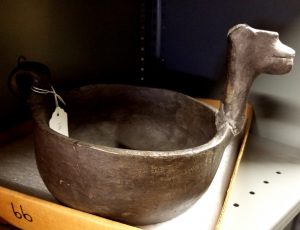 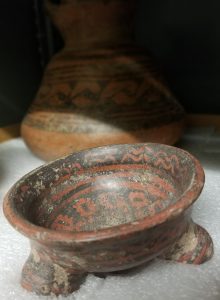 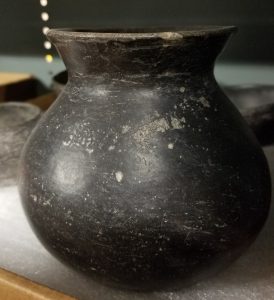 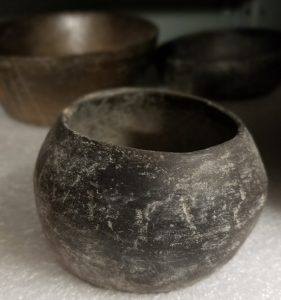 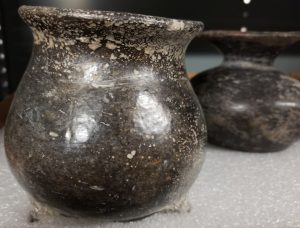 If you’d like to learn more about this archaeological treasure trove, come visit us on the 5th floor of McFarlin Library, anytime Monday through Friday, 8:30-4:30..