The Spartan School of Aeronautics

Posted on 2020 September 4 by Kelsey Hildebrand

In honor of their upcoming 92nd anniversary, today’s blog post is about the Spartan College of Aviation. We have a photo album from their early years containing photos of the pilots and planes that made up the program in the days of its inception. 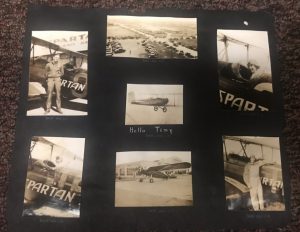 The first page of the photo album

The album consists of 31 black construction paper pages with over 150 black and white photographs glued to them. There is no cover or back page, making this more like a stack of papers with pictures on them than anything else. Some of the photographs are accompanied by silly captions while others detail the subjects of the pictures, but most of them have no captions at all. There is even a whole page dedicated to wrecked airplanes! 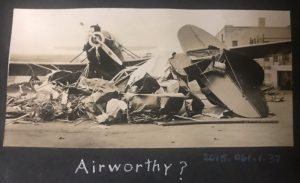 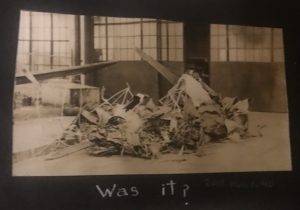 Among the noteworthy people who attended the college was Mary Riddle, the second Native American woman in the United States to earn a pilot’s license. She received her pilot’s license in Portland and attended the Spartan School to learn parachute jumping. She was the first woman to attend school there and graduated with honors. 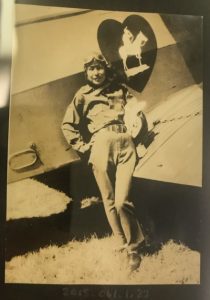 Mary Riddle leaning on an airplane 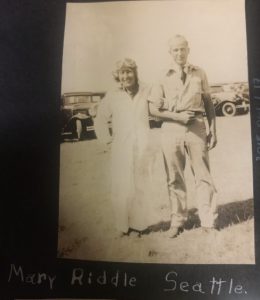 Also pictured in the photo album is Roy Hunt, a famous stunt pilot who organized the Oklahoma Air Patrol and is credited as one of Oklahoma’s commercial aviation pioneers. He was born and raised in Oklahoma and known for competing and winning in air shows across the nation.

One of my favorite things that I notice as I flip through the album are the advertisements on the sides of the planes and, of course, the Enna Jettick Shoes Blimp. The blimp was one of the first privately owned airships in the country and was used to advertise for the shoe company. 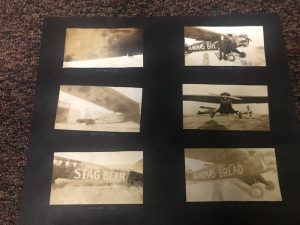 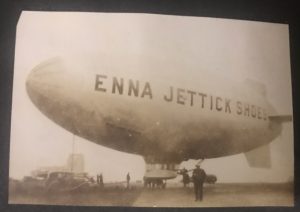 These pictures are reminders of a time gone by. I really enjoyed looking through the photo album and seeing the different styles of planes and the people who flew them. While the Spartan School is still going strong, aviation has changed quite a bit in the last 92 years. These photos are lovely reminders of how far we have come.

If you would like to have a look in our online catalog for your own treasure, the link can be found on our website, along with information about scan requests and digital collections. While many of our collections are available digitally, if you need to see something in person, we are open to TU affiliates with an appointment. All other researchers or enthusiasts feel free to send us an email at speccoll@utulsa.edu and we will see what we can do to help you.