Posted on 2015 November 20 by Abhinaya Rangarajan

When we think postcards, we think Holiday season. With the festive season around the corner, it may be interesting to shift our attention to postcards in this entry of our weekly blog. As technology dominates our lives in this digital age, it is certainly refreshing to take a look into the history of postcards and how they contributed to the post facilities back in the day. Cards with messages had been sporadically created and posted by individuals since the beginning of postal services. The earliest known picture postcard was a hand-painted design on card, posted in Fulham in London to the writer Theodore Hook in 1840 bearing a penny black stamp. An interesting trivia about this is that he probably created and posted the card to himself as a practical joke on the postal service, since the image is a caricature of workers in the post office.

The first advertising card appeared in 1872 in Great Britain and the first German card appeared in 1874. Cards showing images increased in number during the 1880s. Images of the newly built Eiffel Tower in 1889 and 1890 gave impetus to the postcard, leading to the so-called “golden age” of the picture postcard in years following the mid-1890s. Stamp collectors distinguish between postcards (which require a stamp) and postal cards (which have the postage pre-printed on them). While a postcard is usually printed by a private company, individual or organization, a postal card is issued by the relevant postal authority. The study and collecting of postcards is termed deltiology. 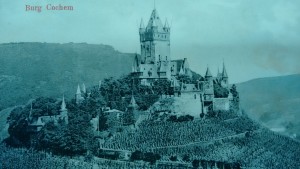 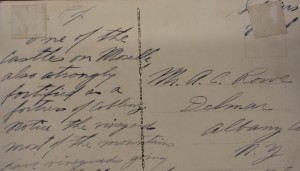 The Department of Special Collections and University Archives has an array of postcards in about 3 separate collections. The Alton Conrad Rowe collection of WWI-era postcards [2009.018] consists of 80 postcards, most of which are written by Corporal Alton Conrad Rowe, Jr. (Co. A, 301st Engineers AEF) to family members and to his fiance; mailed from Camp Devens (Massachusetts) as well as various places in France and Germany such as Paris, Coblenz, and Metz. Many of the postcards are stamped with the censor’s stamp and signed by whatever officer cleared them for mailing. In the upper right-hand corner of nearly every card addressed, Rowe has written, “Soldiers mail”. 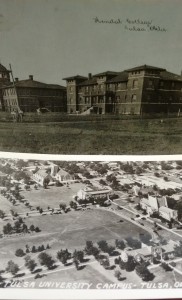 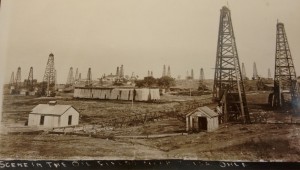 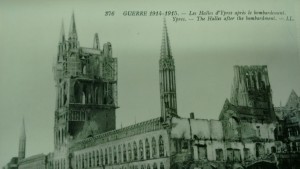 These postcards remain as historical artifacts. They indeed represent more than just the holiday season. They carry stories, emotions, and history along with them. The richness of study to be found in these cards will stimulate, delight and amaze you. All the collections are open to public on request.

This entry was posted in Collections, General, Guide to Literary and Related Materials, History, Holiday, Uncategorized. Bookmark the permalink.