Posted on 2018 December 5 by Bobby Frame 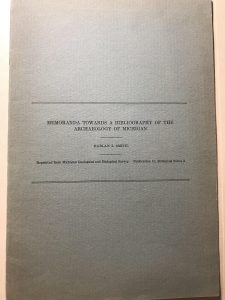 Anthropology is a branch of the social sciences that is dedicated to the study of human societies and cultures and their development. The field of anthropology is split into specific sub-categories that address different areas of the field of study. These are recognized as socio-cultural anthropology, biological anthropology, archaeological anthropology, linguistic anthropology, and applied anthropology. The subfield that is most commonly associated with anthropology is archaeology which is the study of human history and prehistory through the excavation of sites and the analysis of artifacts and other physical remains.
Archaeology started as a form of antiquarianism where people would study items of the past during the 19th century but has since become a widely recognized discipline across the world. Some of the earliest and most notable archaeological excavations took place on world-famous sites that we know today. Between the years of 1612 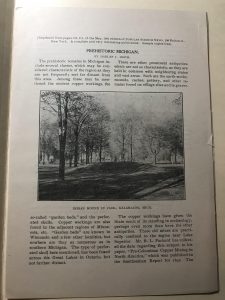 -1697, John Aubrey excavated Stonehenge in England with additional large monuments in his record; he was one of the first archaeologists to chart his findings and organize them by style and categories. Other notable excavations took place 1748 and 1738 when archaeologists conducted excavated the ancient towns of Pompeii and Herculaneum which was covered in hardened ash due to the eruption of Mount Vesuvius.
Here at the McFarlin Library Special Collections, we have some historical, anthropological documents found in the Harlan I. Smith Anthropology and Archaeology collection (1933.003). In the collection, there is a wide array of anthropological and archaeological materials that provide information on excavation sites in the Americas. Some notable items in the collection, for example, is a book from the 1889 American Anthropologist book that is studying the aborigines of the District of Columbia and the Lower Potomac. This work provides an in-depth look at the research conducted by the archaeologist and provides field notes that come with the study. The most substantial area of the collection is from field studies conducted in Michigan; the collection contains information on antiques, archaeological surveys, and summaries of the field work that was performed in the state. The materials in this collection are truly fascinating as it provides examples of early North American archaeology and anthropology.
If you are interested in looking at the Harlan I. Smith Anthropology and Archaeology collection (1933.003), you can come to the 5th floor of the McFarlin library to Special Collections. We are open Monday through Friday, from 8am-4.30pm. We look forward to seeing you!

This entry was posted in Uncategorized and tagged Anthropology, Archaeology, history. Bookmark the permalink.