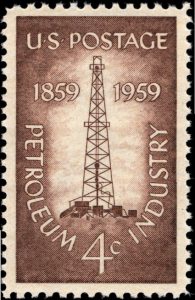 tamp collecting is understood as the collecting of postage stamps and related objects; this hobby exploded in popularity in the late nineteenth century. Ever since this time, this art is considered to be one of the worlds most popular hobbies. Postage stamps were seen as a creative way for countries to distinguish themselves through art form on their stamps, continually producing new stamps at the same time as the rapid growth of the postal service. Postal stamps are often collected for their historical and geographical aspects, as well as for the subject matter depicted on them.

It is believed that John Bourke, Receiver General of Stamp Dues in Ireland was the first ever stamp collector, this dates back to 1774 when he had a book containing embossed revenue stamps. However, the hobby of stamp collecting did not become mainstream until approximately 1860, around the early years of the introduction of stamps. The first known postage stamp was issued in Great Britain in approximately 1840 with the introduction of a stamp called the Penny Black which contained a picture of Queen Victoria. These stamps were used to remember special events and periods throughout history.

An unusual type of postage stamp is the oil stamp; this was a collection of stamps that were issued in 1959 commemorating the centennial of the U.S petroleum industry. It is believed that approximately 120 million stamps were issued depicting images concerning the petroleum industry. These became common from countries all over the world t 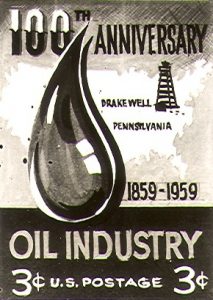 hat had an oil industry, with countries using elaborate designs in their postage stamps to be unique.

Here at the University of Tulsa McFarlin library special collections, we have the petrol stamps collection (1000.154.1) which contains materials relating to postal stamps and the oil industry. This collection contains scrapbooks of miscellaneous materials from newspapers and magazines as well as information on the postal service. This collection is unique because it contains documents related to stamp collecting in Oklahoma and information relating to the state, in addition to the United States stamp collecting community.

If you would like to look at the petrol stamps collection (1000.154.1) be sure to visit us on the 5th floor of the McFarlin library in special collections at the University of Tulsa. We are open Monday through Friday from 8am-4.30pm, we hope to see you soon

This entry was posted in Collections, scrapbook and tagged postage stamp, scrapbook, stamps. Bookmark the permalink.