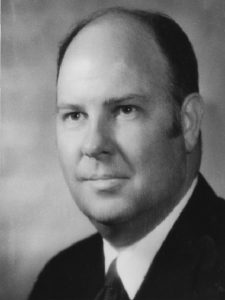 This semester as part of my internship with Special Collections, I chose to work on the Oklahoma State Highway Commission papers, 1960-1974. I chose to work on this collection because it provided me the opportunity to learn about local history. With this collection I was expected to rehouse all the documents in this collection and remove any metal, such as staples, as the metal will rust into the papers. As I rehoused the documents, I input information about the collection onto ArchiveSpace, as this will allow for future researchers or individuals who are interested in looking at the collection an idea of what is contained in each folder.

The documents in these boxes include newspaper clippings some of which related to various Highway Projects which were ongoing during Bell’s tenure and others related to any political drama that affected the Highway Commission, there also various work schedules for the counties in Bell’s district, along with financial information from his tenure, such as Quarterly and Audit Reports. However, the documents I found the most interesting were the transcripts of the public hearings and in particular the transcript of the public hearing concerning the Riverside Expressway.

The Riverside Expressway was controversial at the time and faced opposition from the Maple Ridge Association, which was the neighborhood the expressway was meant to cut through. The Oklahoma Highway Papers contains correspondence from Betsy Horowitz who organized the campaign against the Riverside Expressway. The transcript of the public hearing was of particular interest to me because as you read through it you can feel how tense the meeting was and how much opposition the Highway Commission was going to face from the Maple Ridge Association.