Once Upon a Time: A Brief and Unassuming History of Children’s Literature

Children’s literature can be traced back to the oral traditions of storytelling enjoyed by adults and children alike.  Many of the classic tales and fables were originally created for grown-ups, later to be adapted for younger ears–although it’s hard to imagine works such as Homer’s Iliad or John Bunyan’s The Pilgrim’s Progress being very entertaining to a 21st century child!  Children, it would seem, were seen as miniature adults—their routines and learning geared towards understanding their culture and training them for their future rolls in society.

Mind Your Manners – Mind Your Soul

Throughout the 16th and 17th centuries, the concept of the child as a separate, innocent being began to emerge.  Children were seen to be in need of protection and training, and the adults took seriously their responsibilities towards that end.  Instructive texts, mostly written in Latin, became increasingly common for the child’s spiritual improvement and to instruct them on acceptable behavior and appropriate manners in society. 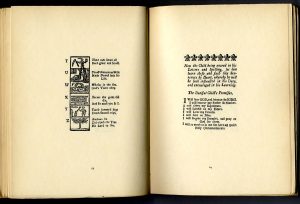 An excerpt from The New-England Primer, 1777 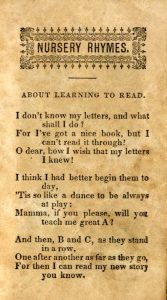 Didactic and moralistic elements remained a strong focus in late 18th and 19th century writings, but more humorous and entertaining literature especially produced for and marketed to children began to emerge.  Pocket-sized books called chapbooks were the first books to be illustrated for children containing folk tales, songs, and popular ballads accompanied by simple woodcut images.

In the mid-1700s, The Pretty Little Pocket-Book, considered the first true children’s book, ushered in a trend towards the writing and illustration of books appealing to the child’s imagination and interests.  By the late 1800s, the children’s book industry blossomed and flourished as paper and printing became more economical, new color printing processes evolved, and reading material became more affordable. 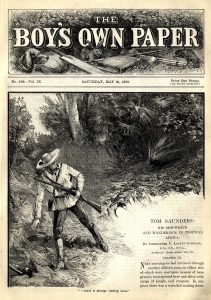 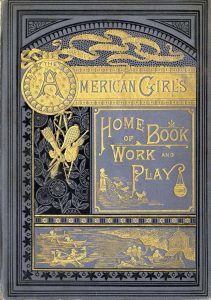 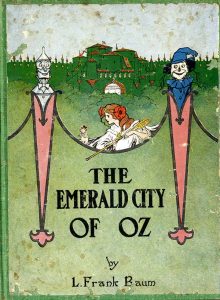 We’ve arranged a selection of books–as a belated celebration of International Children’s Book Day (April 2nd)–dating from the 1600s through the very early 1900s, exhibiting  the evolution of literature adapted for and written for children. 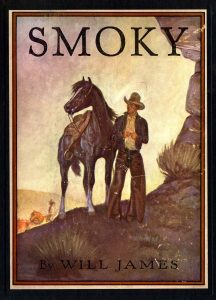 The exhibit is free and open to all.  You are welcome to visit the Department of Special Collections any time during our regular business hours.  Hope to see you soon!