Posted on 2019 November 14 by Kelsey Hildebrand

Today we are going to talk about another 20th century British author. Michael Arlen (b. 1895) would be 125 this Saturday, November 16! As a way of celebrating his birthday, I thought we could see how he is represented in our collections.

Arlen was a British author whose writing was popular in the 1920’s. He was born in Bulgaria and his family moved to England in 1901, where he studied and wrote many of his famous works. He became known for his novel The Green Hat, a fictional tale about a femme fatale. This story was quickly adapted into a Broadway play and also inspired the 1928 film A Woman of Affairs. He wrote in many styles, which ranges from satirical romances to Gothic horrors. We have quite a few of these novels, which are currently on display in the Satin Room. 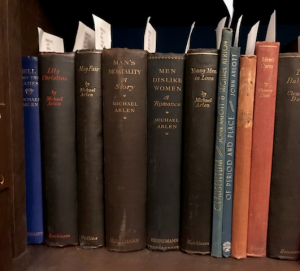 Arlen books lined up on the shelf in the Satin Room

In the collections, there are some photographs of Arlen in a photo album entitled “Richard Aldington and his friends” in the Cyril Connolly collection. Arlington was another prominent English author, and the photographs of Arlen in his album were all taken in Cannes. Looking at photographs like these takes us back in time to see people photographed at leisure. I prefer these photos to ones of people sitting for photographs or making appearances. Relaxed photos give us a glimpse into what the authors’ lives were really like. 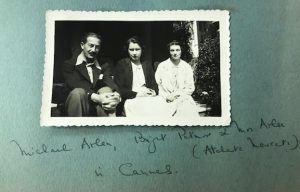 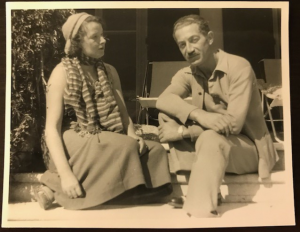 Bridget Padmore and Michael Arlen sit on a porch in Cannes

There are also some items about Arlen by other prominent authors, such as “Three-Quarter Length Portrait of Michael Arlen” by Osbert Sitwell. The book was published in 1931 and contains a notice that this edition only has 520 copies, this being number 311, and bearing the author’s signature. A few lines from this lovely poem describing Arlen:

And as I watched the dark eyes 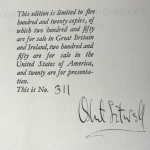 Most alert and comprehending,

The face, set in its formal frame,

Of dark and undulating hair,

The clothes, so somber and indignantly restrained,

-One finger slightly notched by all this labour

Of success, and testifying to this labour;

What do you think of his description? 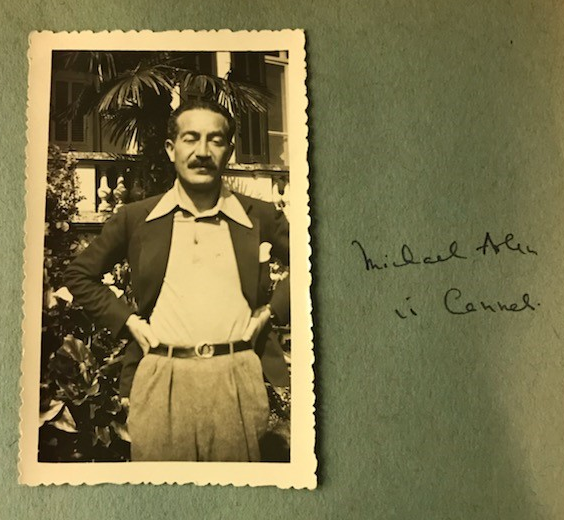 If you are interested in Michael Arlen or his work, we have this and more here in the Special Collections Department. Come by to see us anytime M-F from 8-4:30.