Posted on 2020 March 6 by Kelsey Hildebrand

Did you know that you can access some of our collections without leaving your computer? We are adding items to our digital materials archive daily. Some digital items are stand alone, while others are parts of larger collections. Today, I’m going to tell you about a collection that is almost entirely available online.

The Alice Welford collection spans the years 1911 to 1917. It is a personal archive of her time as a military nurse in World War 1. The collection contains her photograph album, nursing lecture journal, some patient charts, and her Queen Alexandra’s Imperial Nursing Reserve Badge. During her time as a nurse, Welford spent time in Gibraltar, Malta, and Salonika. The photo album contains images from her time in Gibraltar and Malta. It is unlikely that she took and/or is a subject in all of the photographs in the album, but the collection serves as a record of what was happening during her time of service. 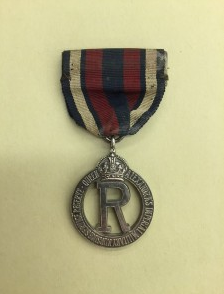 If you have a look at the digital objects, you’ll notice that we have many of photographs spanning a variety of subjects. Much like we do now, Welford collected photographs of her friends on her travels. The collection contains a number of photographs of nurses and soldiers posing, as well as many photographs of buildings and landmarks. Some of the photographs seem very lighthearted, almost as though she and her cohorts were on vacation instead of serving in World War 1. Others are grimmer, such as photos of patients being brought in or men in the trenches. She was pretty diligent when she captioned her photographs, so we have quite a bit of information regarding the subjects of most of them.  The captions give us extra knowledge that we otherwise would have needed to guess or go without knowing. This is rare in collections like these, making this one extra special. 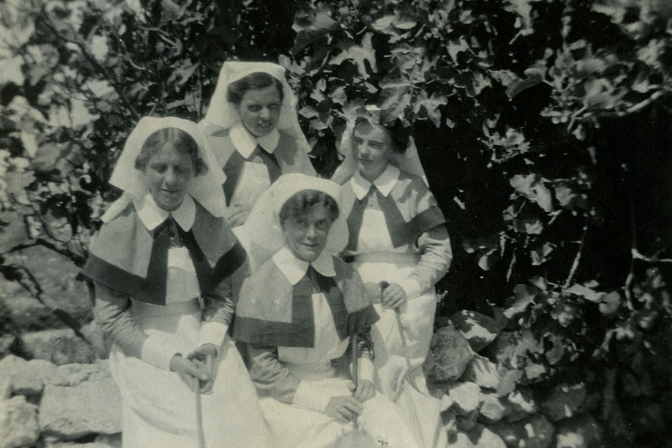 Four nurses, including Welford and E. M. Constable, posing in front of a fig tree in 1915 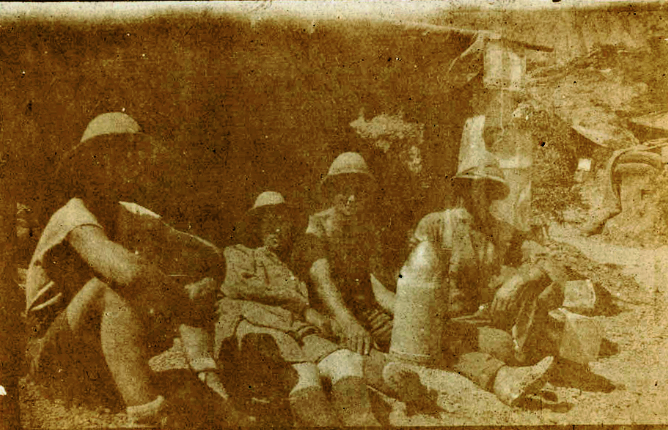 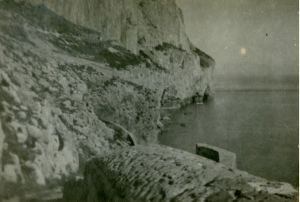 Photo of rocks, caves, and the bay taken around 1915

Unfortunately, while Welford was being transferred to another location from Salonika, her vessel was hit by a steam tug and she drowned in January of 1918. She was only thirty years old. She is buried in Basra, a city in Iraq, among over 2,800 other casualties from World War 1 and 2. There is one postcard tucked into the album that was sent to Welford after her death, so it must have been tucked into the album by somebody else. The sender sends her love and tells Alice that she cannot wait to see her again. It breaks my heart to read this, as I wonder when the sender found out that her friend was no longer with us. 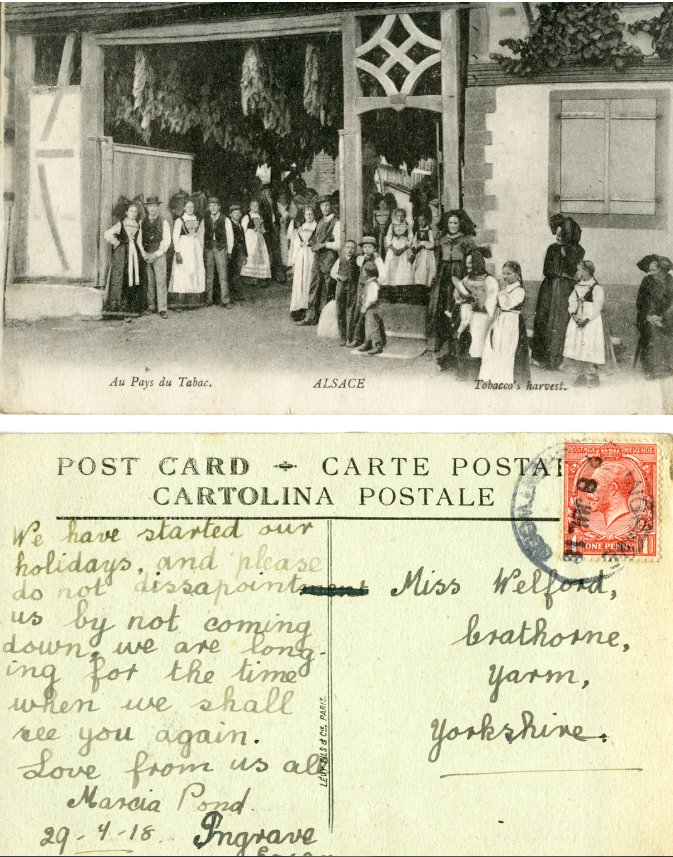 If you would like to see any of our collections, please come visit us anytime between 8 and 4:30, Monday through Friday. We are located on the fifth floor of the McFarlin Library. You can also check out our digital collections like this one anytime by looking in the “Digital Collections” section of our catalog.

Our glassware exhibit will only be on display for a few more weeks, so please come by and see it before it’s packed away!