Posted on 2021 February 19 by Kelsey Hildebrand

If you were to come into our office today, you would be immediately captivated by the large poster hanging on the wall in our lobby. Measuring over six feet tall and about three and a half feet wide, this movie poster is an exciting recent acquisition that is an advertisement for a movie called “The Bull-Dogger”, filmed in Oklahoma and starring William Pickett. 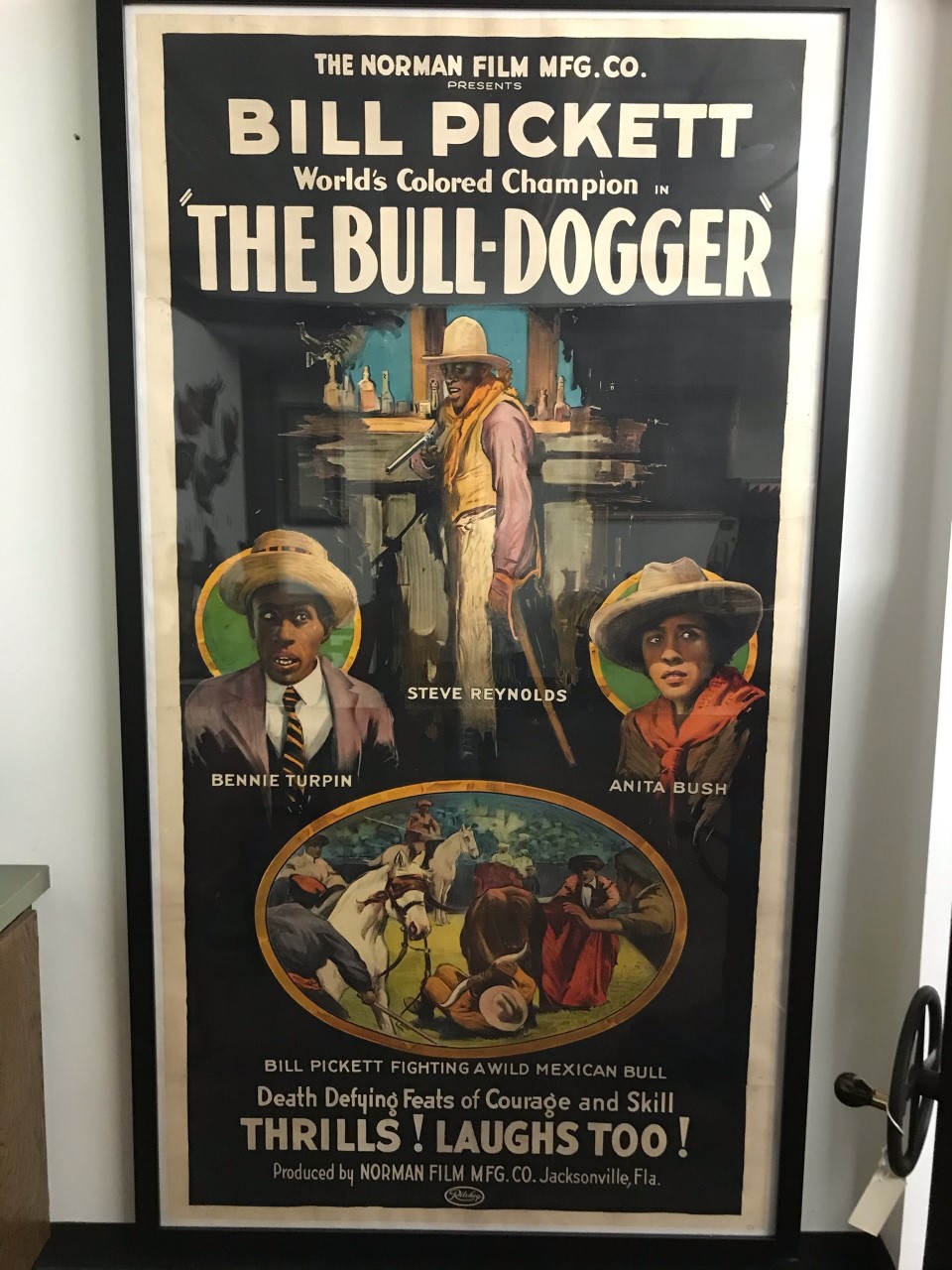 I apologize for the glare, the poster is framed behind archival glass to protect it from the damaging UV light

The movie was a silent film released in 1922 and is sadly lost, so we will never get to see it. Very little information about the film itself survives and we are fortunate to have this poster in such good condition as a part of our collection.

William Pickett (1870-1932) was a Black and Cherokee cowboy and was original steer wrestler from Texas. One of 13 children, Pickett became a ranch hand at 11 years old. He is known for creating the technique called “bulldogging”, or a method of wrestling a bull to the ground by the horns and biting it on the lip or nose and pulling it down onto its back. He taught this technique to many other ranch hands and cowboys and it eventually evolved into steer wrestling, which we can still see at rodeos today. 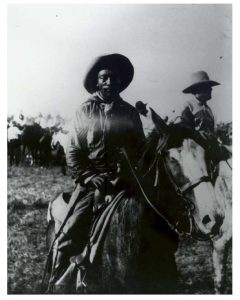 Photo of Pickett from the Oklahoma Historical Society

In 1907, Pickett moved with his family to Oklahoma and performed with the 101 Ranch Wild West Show. He became a famous rodeo performer, travelling in the summers through Colorado, Texas, Oklahoma, and Kansas. He is credited as the first Black cowboy star and was the first Black honoree to be inducted into the Cowboy Hall of Fame in 1971.

The film also features Anita Bush (1883-1974), a Black actress who founded the Anita Bush All-Colored Dramatic Stock Company in 1915, a company that kickstarted the careers of other Black actors of the time.  Bush starred alongside Pickett in “The Crimson Skull” and “The Bull-Dogger”, both filmed in Oklahoma and directed by Richard Norman in the 1920’s.

Steve Reynolds, whose character is featured in the top center of the poster, was an actor also known as “Peg” because he was a stuntman without a right leg. If you look closely at the poster, you’ll see the peg leg. (I did not know that was what was being depicted in the image until I looked the actor up, I was wondering why we got a full-body shot of him but not of any of the other characters). I also think it’s interesting that the titular character, Bill Pickett himself, does not have a portrait but is instead pictured wrestling a bull at the bottom of the poster. There are other posters that only feature his face and name with none of the other actors listed.

Hopefully one day soon we will be open to the public again and you can come see the poster in-person. As always, if you need anything please email us at speccoll@utulsa.edu. Stay safe and warm!