Advertising in the Collections

Months ago, while scanning material from a collection, this old advertisement for Kenmore Washers and Dryers caught my eye and when I noticed another ad later, I had the idea to collect various advertisements for a blog post. These advertisements came from a variety of our collections, including Rebecca West, William Settle, The Tulsa Women’s Club, and the Barbara Santee Archive.

The people who work hard to design eye-catching ads love them far more than the people who ignore them as much as possible, especially since we are inundated with a seemingly infinite quantity of ads in magazines, books, television, movies, and websites. 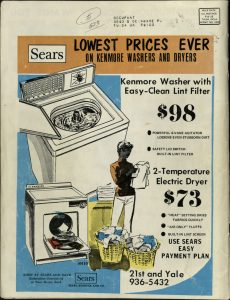 Some of the ads are for local places, which makes it exciting to see Tulsa’s changes over the years. 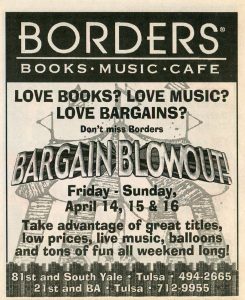 We missed the bargain blowout…Borders is long gone

Borders went from two locations to none, while Rib Crib has expanded from four locations to eleven, stretching from Claremore to Sapulpa and everywhere in between. 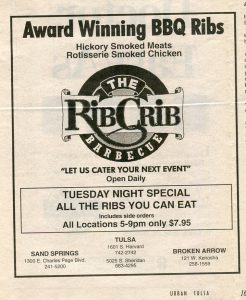 The Skelly Oil Company was eventually acquired by the Getty Oil Company, which itself was later acquired by Texaco. This ad makes a case for its value so it was probably quite successful at the time. 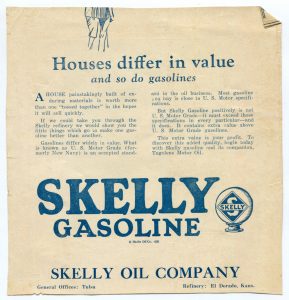 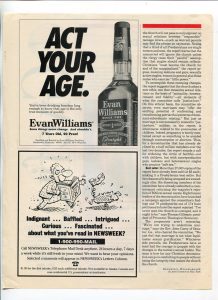 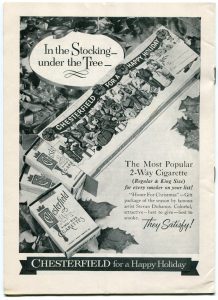 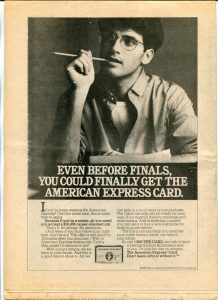 …at least in these formats. No matter how many regulations appear, advertisers will cleverly evolve and the chase will continue.

Speaking of evolution, what has changed more in this picture, car styling or the prices that accompany them? What is advertised, where and how are part of what makes advertising a surprisingly useful snapshot of the past. Insights gleaned from ephemeral ads improve the context of a particular topic or time period. Advertisements can be used to study pop culture, psychology, or history in addition to economics and marketing. 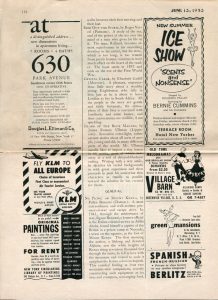 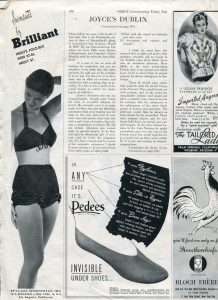 Historical advertisements had to appeal to a much broader audience than today, but this page from Vogue shows that they still targeted particular consumer groups as much as possible.

These images were all scanned specifically for this blog post but if you want to see any of the many collections we hold, please contact us at speccoll@utulsa.edu for arrangements. We have in-person appointments for TU affiliates and provide digital copies for nonaffiliates. Our visitor policy can be found here and our archival catalog can be found here.