Posted on 2022 June 1 by Abigail Dairaghi

Today we recognize the 101 year commemoration of the 1921 Tulsa Race Massacre. During the atrocities, 35 blocks of the prospering Black neighborhood of Greenwood were burned and destroyed by white mobs. Hundreds of people were murdered and thousands were left homeless. The event remains one of the worst incidents of racial violence in U.S. history. For many decades, this massacre was kept quiet. McFarlin Library Special Collections houses materials related to the 1921 Tulsa Race Massacre. This online exhibit is designed to show the photographs and newspaper materials that have been collected by and donated to the department over the decades. The gallery can be found here, https://exhibits.utulsa.edu/galleries/

Be aware that some images depict dead bodies and extreme graphic mutilation. They are included because the events of the 1921 Massacre were real and deserve our respectful attention. 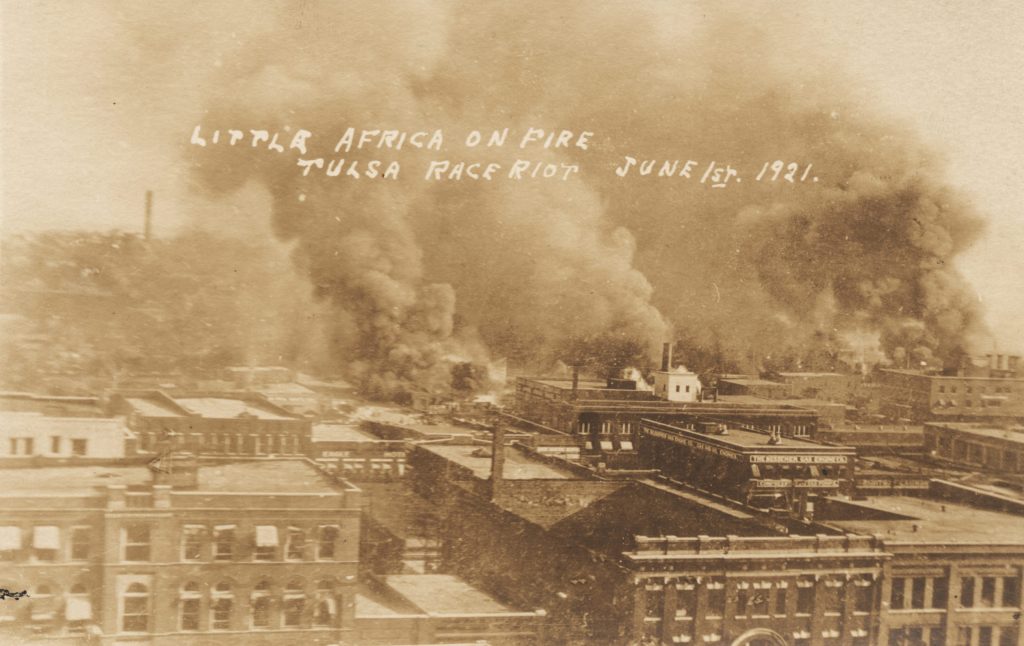