Posted on 2016 September 16 by Hannah Johnson 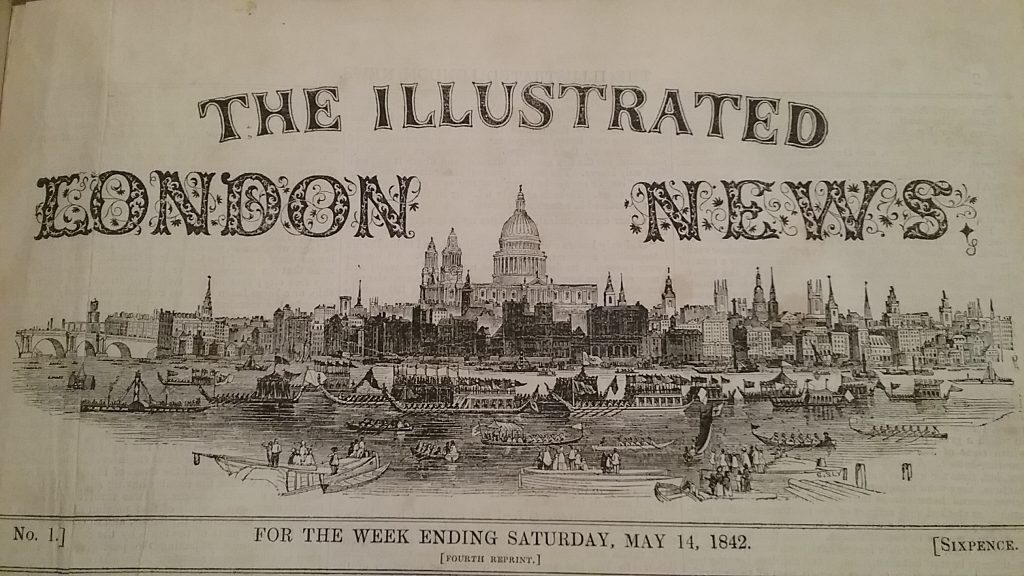 The University of Tulsa Special Collections and Archives has many different texts, manuscripts and artifacts. In the collection is a series of bound newspapers, titled The London Illustrated News (LIN). This publication was established in May 1842 and continued in varying form until the early 21st century. The LIN was one of the most successful newspapers to be published in the late 19th and early 20th centuries. Much of this success is owed to the LIN’s founder Herbert Ingram who had previously noted the public preference for news accompanied by images and caricatures.  The LIN hired many artists to work on the paper.  The London Illustrated News was the “first periodical to make extensive use of woodcuts and engravings and the first to use photographs”.1

As the paper continued to succeed and expand, it included stories not only about English social life but also more detailed stories about the arts, world news, literature, etc. The first issue from May 14, 1842 exhibits news stories covering the destruction of the city of Hamburgh by fire, brief Parliamentary proceedings, a very gruesomely detailed account of a Railway accident near Paris, war in Afghanistan, a steamboat explosion in the U.S., Paris fashions, theater productions, and most prominently Queen Victoria’s Masked Ball. Two full pages are dedicated to describing the costumes and festivities of the royal party. Eight illustrations accompany this story depicting the guests arrayed in costumes. Victoria was dressed at Queen Phillippa and Albert as Edward III.  The reporter notes that many of the costumes worn by the ladies and gentlemen attending the royal couple were chosen by the Queen herself, mostly characters representing noble or royal ancestry. 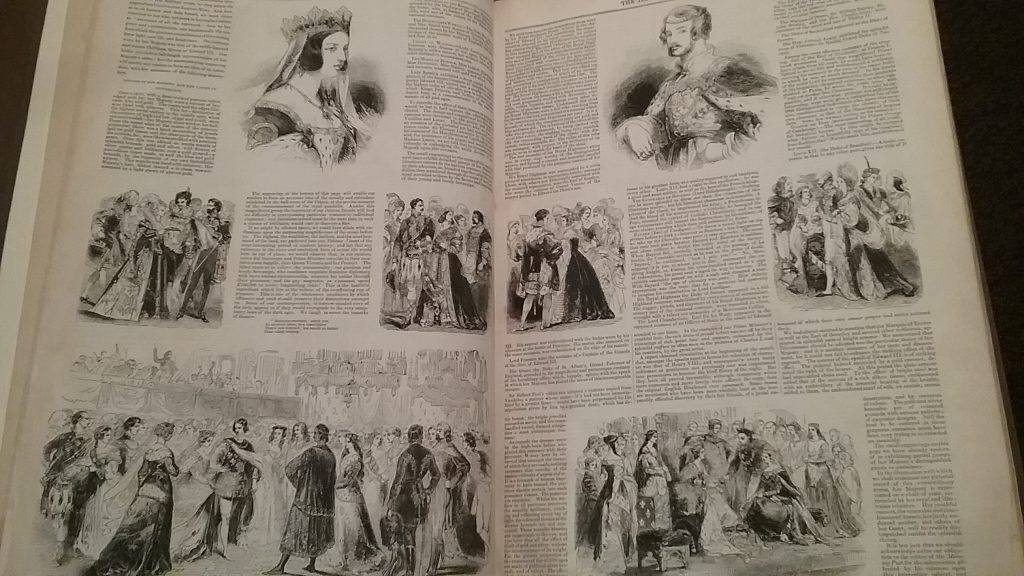 This early 19th century newspaper provides an illuminating view of Victorian society.  From a modern perspective this style of news is very different from our familiar digital snippets. The text in the LIN is much smaller and the stories themselves are longer and use more formal language but the information presented does cover a wide range of popular subjects. The TU Special Collections houses bound copies dating from 1842- 1886 consecutively and several later unbound issues.