The BOOM days: Prosperity and Pain in Each Barrel of Crude

Posted on 2017 April 6 by Milissa Burkart 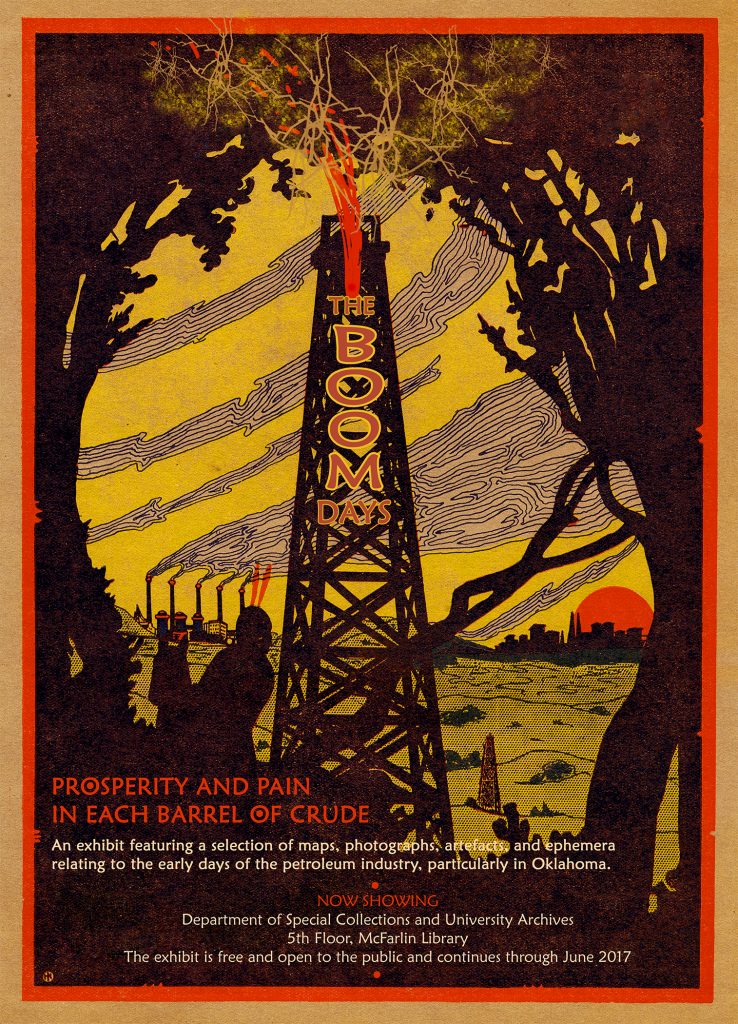 Not to worry–this exhibit is not a mad-dog, environmentalist commentary on the evils of the petroleum industry!   What it is, is a glimpse into the life of the oil field worker during the early days of the oil boom–in Oklahoma, Texas, Louisiana, and Pennsylvania.  The exhibit is also a recognition of the fact that, in the 19th and early 20th centuries–whether you were a roughneck, a tankie, a pipe-liner, or a shooter–your job as an oil field worker was not a glamorous one; and to say it was hard work would be the greatest of understatements. 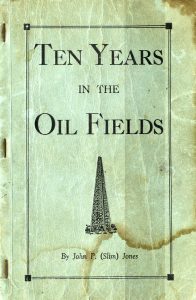 So often they endured 18-hour work days, lousy food, and extreme weather conditions.  Many a worker lost his life in a horrendous accident on the rig, by asphyxiation in a storage tank, or by being blown to bits while wiring explosives.   Needless to say, these hardy, courageous men, played a crucial role in Oklahoma statehood as well as in the growth and vitality of cities like Tulsa. 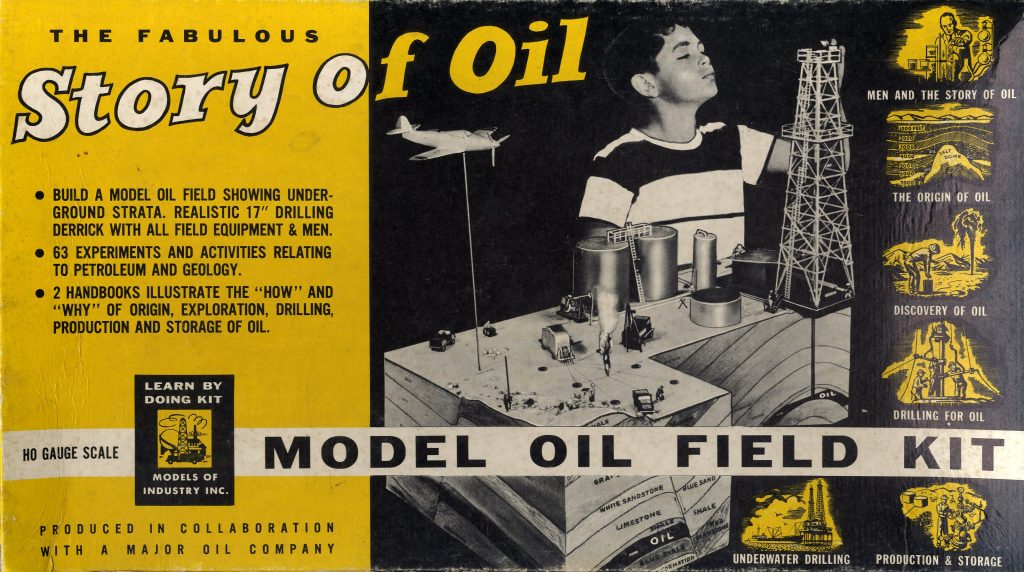 We hope that you will be inspired to come visit our exhibit now showing in McFarlin’s Department of Special Collections and University Archives.  On display you will see a fine selection of photographs, maps, artefacts, and publications from collections such as: 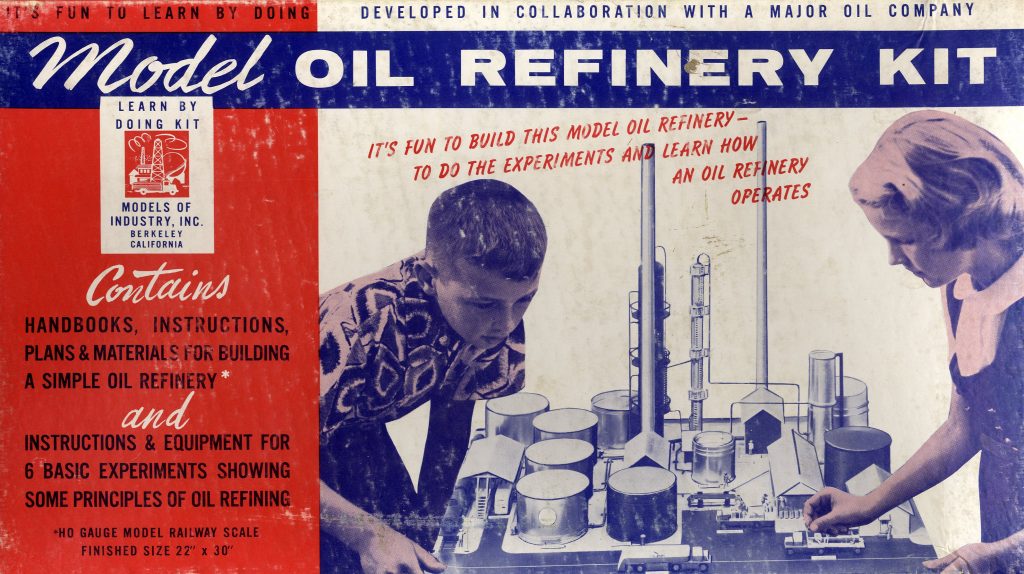 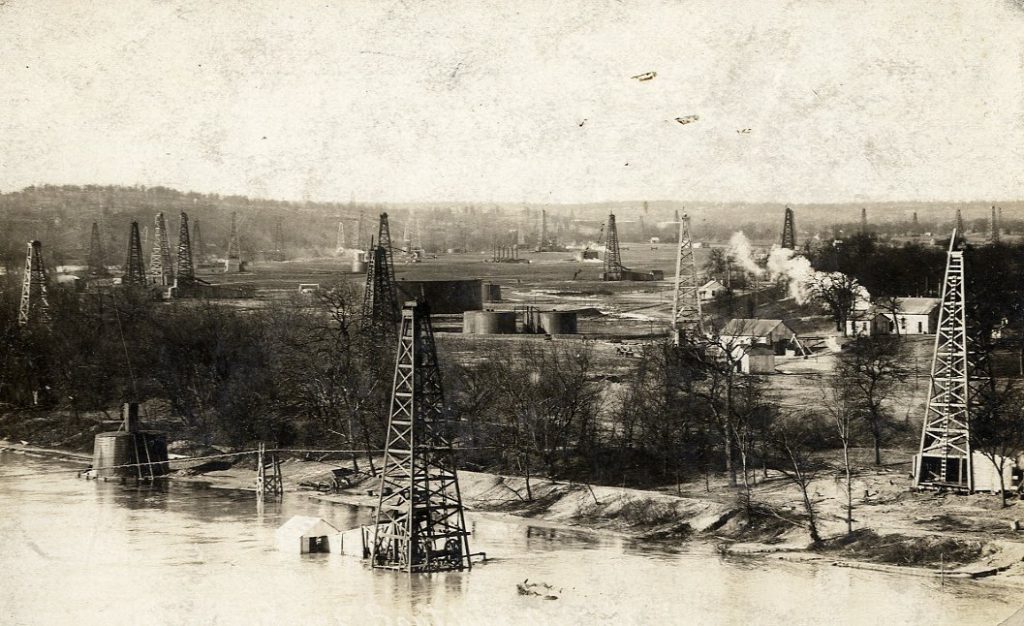 The exhibit will continue from now to August 2017, and is free and open to the public.