To Ban or not to Ban?

Posted on 2017 September 28 by Emily Caselman

To Ban or not to Ban?

Tomorrow concludes Banned Books Week for 2017. Banned Books Week has been around since 1982, in response to what many describe as a sudden rise in books that were not permitted in schools, libraries, and even particular bookstores.

Over the years, a full list of banned books has been compiled. This list is put together by reports from audiences about books being banned, as well as voluntary reports from schools and libraries about books they banned themselves. You may be surprised to hear some of the names at the top of the list.

To Kill a Mockingbird and The Great Gatsby are two of the most commonly banned books throughout history, at least back to 1990 when a credible record has been kept. To Kill a Mockingbird is listed as having too many racial slurs, offensive language, and simply not being suited to the age groups in which it was presented, while The Great Gatsby is listed as containing offensive language and sexual content. 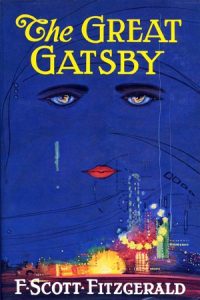 Not only is there a complete list of books over the years, but every year, a new list of the top 10 banned books for that year is compiled and shared with the public. The books that make these lists from year to year may come as a shock to some.

Harry Potter (entire series) made the list in 2002 and 2003 for “occult/Satanic references and violence”. I don’t know about you, but as I was reading about the adventures of Harry, Hermione, and Ron, all I could think about was how jealous I was they went to a school for magic.

The Hunger Games made the list in 2010 for being “sexually explicit, unsuited to age group, and encouraging violence”. However, when the remainder of the trilogy was released in 2011, the two additional books were added to the list and the reasoning expanded to “anti-ethnic, anti-family, insensitivity, offensive language, occult/satanic, and violence”. 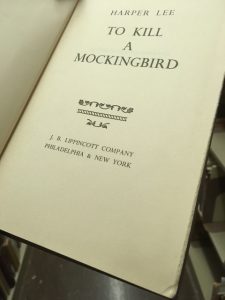 While these books are banned in some places, in our effort to hold world class rare books, and provide excellent research tools to a diverse population, we welcome them in McFarlin Special Collections. We have books that have popped up on the list from year to year, as well as a large amount that make the all-time most banned list. In our collections you’ll find To Kill a Mockingbird, The Great Gatsby, The Adventures of Huckleberry Finn, and The Grapes of Wrath, just to name a few.

Interested in seeing or reading one of the books mentioned above? Or maybe a different banned book you’ve been curious about? Feel free to come by Special Collections and see what we have. We are open Monday through Friday from 8:00 a.m. to 4:30 p.m..

This entry was posted in Guide to Literary and Related Materials, literature, News, Uncategorized and tagged banned books, Special Collections, The color Purple, the Great Gatsby, To Kill a Mockingbird. Bookmark the permalink.