The Black Swallow of Death

Posted on 2021 April 26 by Kelsey Hildebrand

We recently acquired a new first edition of a book entitled “The Black Swallow of Death”, by P. J. Carisella and James W. Ryan. This book, published in 1972, tells the story of the world’s first Black combat aviator, Eugene Jacques Bullard.

Bullard was born in Georgia in 1895 and was one of ten children. His father, William Bullard, was from Martinique, and would often tell his son stories of France and described a country where all men were equal, regardless of race. At just 11 years old, Bullard ran away from home with the intention of moving to France.

He did eventually make it Paris by first stowing away on a ship and then becoming a professional boxer. He was living in Paris when the WW1 began and he enlisted in the French Foreign Legion. After being wounded in battle in March of 1916, he volunteered to be a gunner in the Lafayette Flying Corps, becoming the first Black combat aviator. He served until after armistice and was awarded copious medals for his service in WW1. 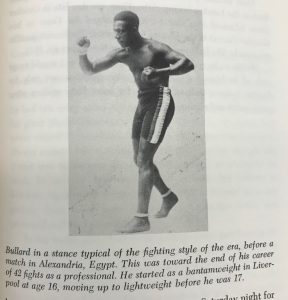 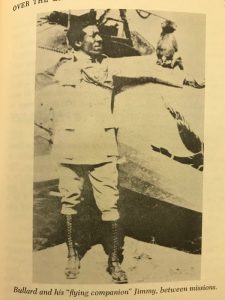 Bullard returned to Paris and became a drummer at a nightclub. He was very active in Parisian nightlife for many years, before spending some time playing with a band in Alexandria, Egypt. During his time in Egypt, he would fight in multiple prize fights. Back in Paris, Bullard managed and owned nightclubs that were frequented by many famous people of the time, such as Langston Hughes and Louis Armstrong. Many years later, he would cover the walls of his American apartment with photographs of the many friends that he made throughout his life. 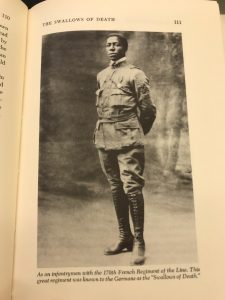 In 1939, Bullard volunteered to use his position in the nightclubs to spy on German visitors to his clubs. Bullard volunteered and served in the 51st Infantry Regiment after France was invaded by Germany. He was badly wounded and his club was destroyed during WW2, so he ended up back in the United States in 1945. Unfortunately, his fame from Paris did not follow him and his injury never fully recovered. Bullard spent the last fifteen years of his life in the United States with anonymity, working as a security guard, perfume salesman, and eventually an elevator operator in Rockefeller Center. 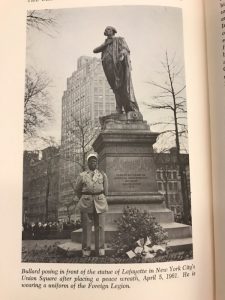 This blog post can barely scratch the surface of this man’s incredible life. The book includes excerpts from Bullard’s personal journal, allowing the reader to read his own words. He passed away in 1961, leaving behind an incredible legacy.

There are thousands of other people memorialized in Special Collections, where their stories fill the books that line our shelves here in the McFarlin Tower. If you would like to see any of those books in person, send us an email at speccoll@utulsa.edu.