Posted on 2021 September 27 by Abigail Dairaghi

World War I is one of the larger collections we house at Special Collections. This ranges from numerous items such as correspondence, trench maps, physical items such as a nurse’s cap, diaries, postcards and more. The diaries show everyday life while abroad. Private Fred Hickerson was a part of Company B. 314th Ammo train, 89th Division and kept a record primarily while he was stationed in France. Below is a page dated from October 9-10, 1918 where he talks of “excitement” happening. Included in the diary was a photo of Fred at 60 years old, put in the diary before we received this item to our collection in 2009. 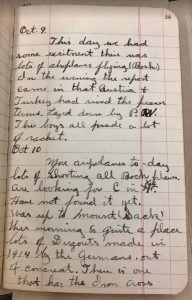 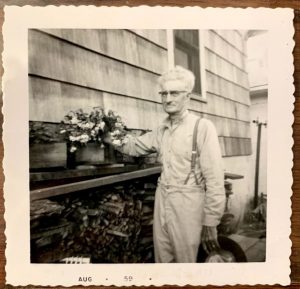 James B. Williamson, serving with 101st engineers, wrote many letters to his sister, Mary. The letter below is dated February 25, 1918 in which he tells Mary of his arrival to the front. Although he talks of German shells falling near, he assures his sister “I am in the best of health and gets plenty to eat”. 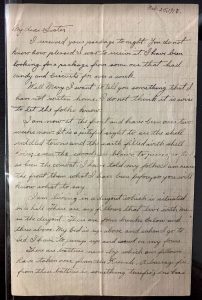 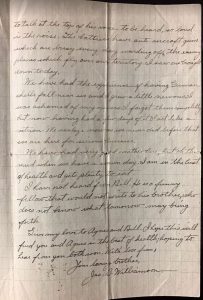 Corporal Alton Conrad Rowe of Company A, 301st Engineers AEF sent over 80 postcards to family members and his fiancée, mailed from Camp Devens (Massachusetts) as well as various places in France and Germany such as Paris, Coblenz, and Metz. This postcard was sent to Alton’s “Pop”, Alton Conrad Rowe Sr., dated March 9, 1919, showing a toppled statue of Frederick III. 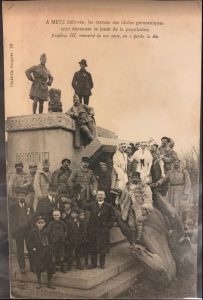 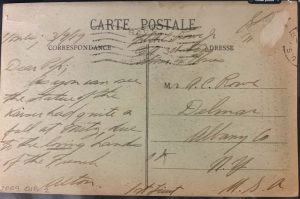 Edward Thomas Van Wart of the United Stated Navy Reserve kept detailed diaries while aboard various United States ships during the war. He even kept folded papers in his journals, such as war warnings from September 2, 1918 and a ‘to-do’ list left for Edward by the Captain while he was away. A photo was also included in the journals and is presumed to be of Edward. 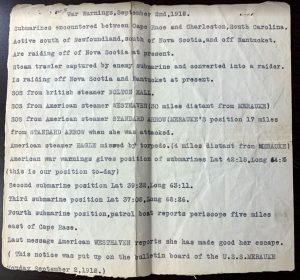 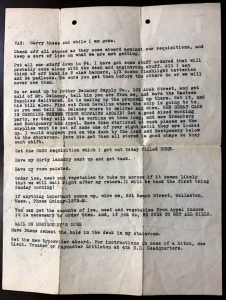 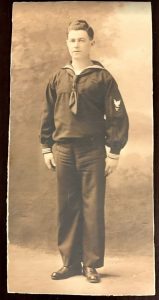 Memories were also collected during war times through scrapbooks. One we have in our collection was put together by Minnie Allen, a reserve nurse in the Army Nurse Corps. She includes photos, drawings, news clippings, notes, telegrams, poems, and other miscellaneous ephemera. Included with the scrapbook is her photographic and finger-printed War Department Certificate of Identity dated August 31, 1918. 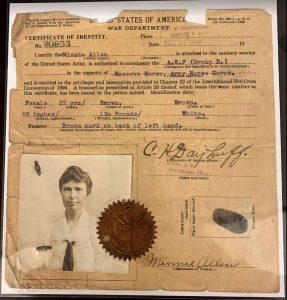 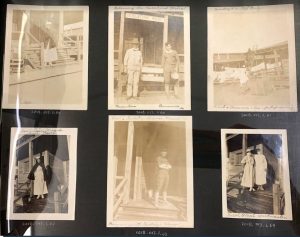 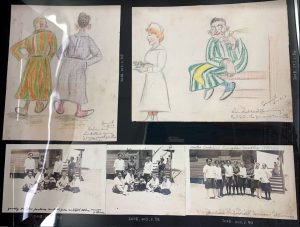