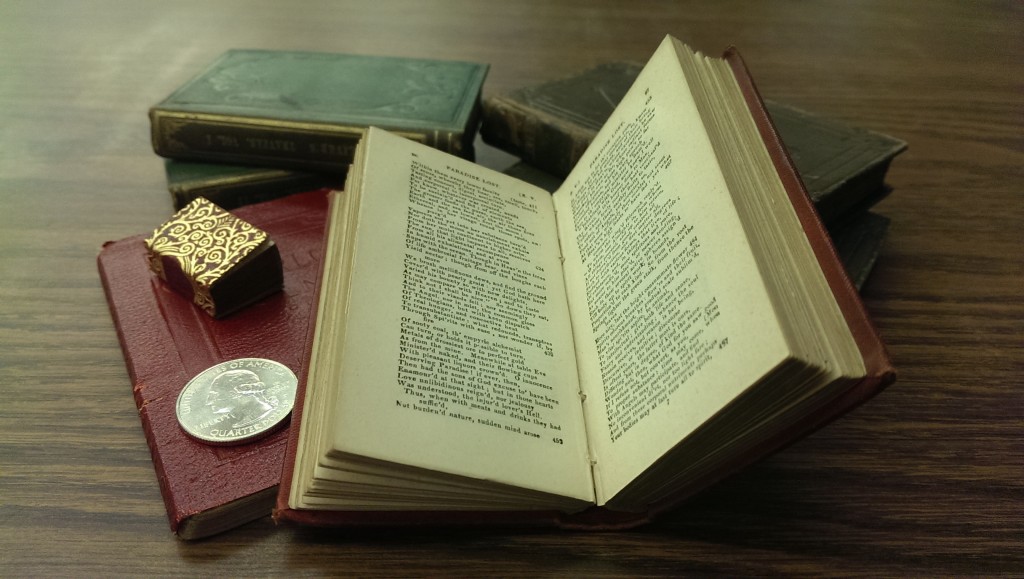 One of the lesser known gems of the University of Tulsa Special Collections is the small collection of miniature books. There are close to 230 volumes in the collection. These diminutive editions include religious, fictional, non-fictional, and poetic works. Some more well-known titles include; Sherlock Holmes, War of the Worlds, Tales from Shakespeare, Paradise Lost, and Gulliver’s Travels; to name a few. Most of the books are printed in English, however some of the books are in foreign languages, French, Latin, Greek, Arabic, etc. The smallest book in the collection, a copy of the Qur’an from 1900, measures 26×19 mm. 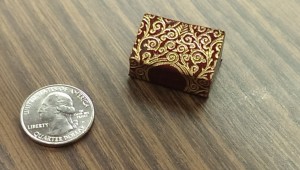 The Library of Congress defines miniature books as four inches and smaller. Although many collectors state that a true miniature book does not exceed three inches in any direction. There are several distinctions between the miniature book sizes; a macro-mini is between four and three inches, a miniature is between two and three inches, a micro-mini is between one and two inches, and an ultra-micro-mini is smaller than one inch. The creation of texts, in smaller than average sized format, dates back to the Babylonian empire, with miniature clay tablets. During the early days of printing the small volumes were valued for their portability. Religious and classical Greek texts were the most widely produced.
During the mid-nineteenth century, the manufacturing of paper and the printing process became easier and cheaper. Publishers began to produce small texts as novelty items. The miniature volumes became very fashionable and popular as gifts and prizes. This small design format also became popular for the publishing of Children’s literature. The smaller books were believed to be easier for children to hold. Bookbinders continued to experiment with creating smaller and smaller books and today volumes can be smaller than half an inch and still have detailed pictures, text, and designs on the pages. 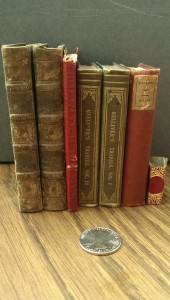 This entry was posted in Collections, General, literature and tagged Books, collections, miniature. Bookmark the permalink.