Posted on 2015 December 21 by Hannah Johnson 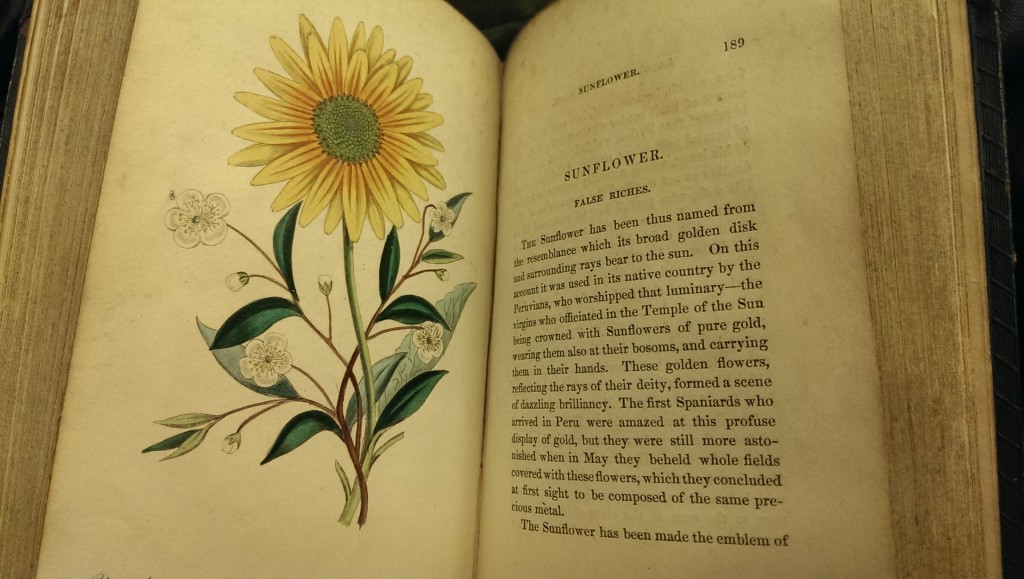 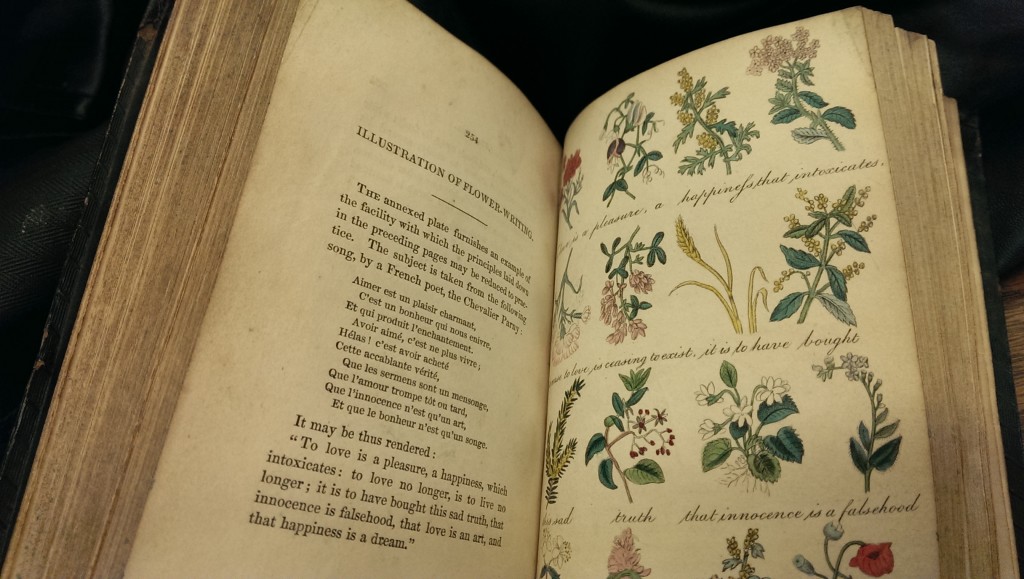 Symbolism and hidden meanings have been associated with objects for millennia. The flower language originated in Napoleonic France from eighteenth century themes and ideas. The language of flowers seems to be based on Western conceptions of Oriental courtship. By the nineteenth century Europeans associated flowers with the language of love. This symbolic dialect reached its height in the Victorian era.
Many books were published on the subject, however the exact meanings were never agreed upon by authors or publishers and specific flower meanings could vary in different publications. These books were often given as prizes or gifts. These little books often presented unique, specific meanings and poetry attributed to each plant. Many of these volumes were accompanied with detailed colored illustrations.
These popular flower publications were intended for female readers. However, the continued industrialization and urbanization of the twentieth century de-emphasized the botanical natural world. The views and roles of women began to shift. The ‘sentimental’ natural symbolic associations became old fashioned and these types of publications began to decline. 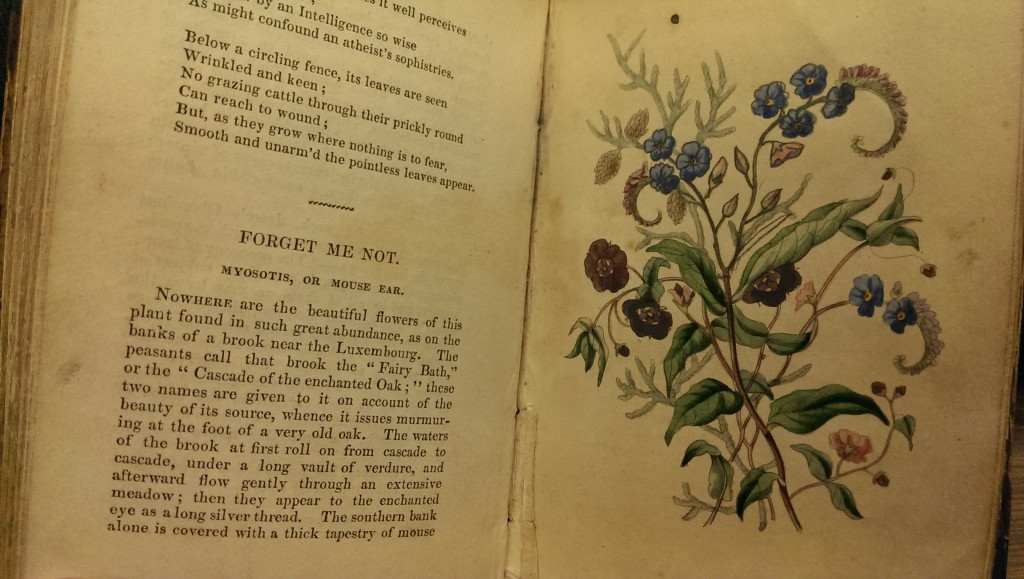 This entry was posted in Collections, History and tagged Books, flowers, language of flowers. Bookmark the permalink.