More than Winnie the Pooh 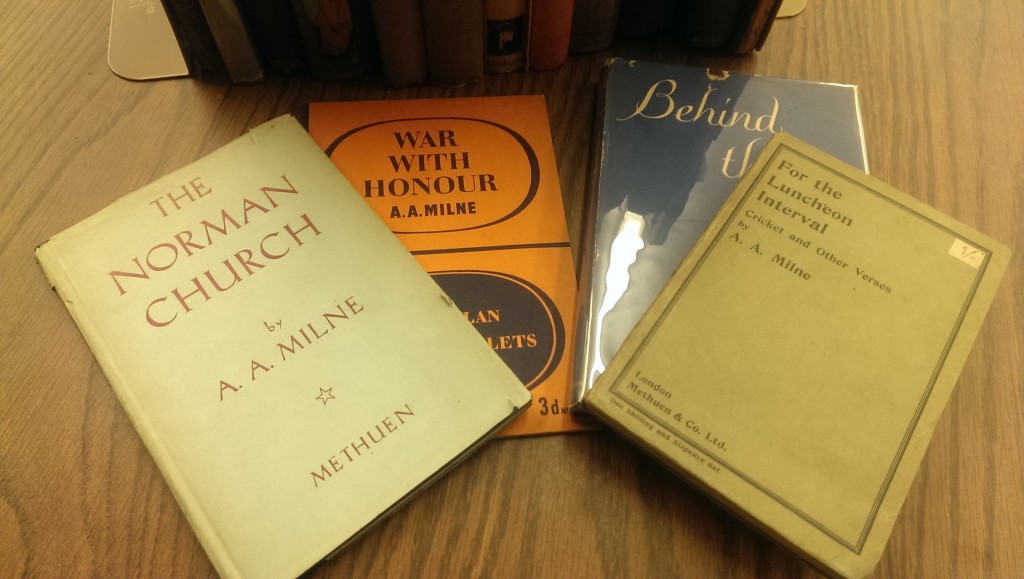 The University of Tulsa Special Collections has several early editions of A.A. Milne’s children’s books, including a facsimile of Milne’s Winnie the Pooh manuscript. These charming and enduring characters are Milne’s most popular and well-known works.  Milne’s modern recognition comes from his children’s stories, and perhaps this modern fame is due in part to the interpretations and merchandising by Disney.

However, Milne wrote many other adult works that were popular with his contemporaries. His plays, novels, and poetry were widely read and produced during his lifetime, and a number of of his adult fiction and nonfiction works are also housed in the Special Collections. Unfortunately, his children’s works so eclipsed his other writings that eventually it prevented him from going further in his writing career despite his best efforts to move past it. Even Milne’s son, whom the character Christopher Robin was named after, struggled to move beyond the public perception of the book characters.  It is regrettable that Milne’s other works are not widely read today. These other stories reveal Milne’s subtle humor and engaging characters. 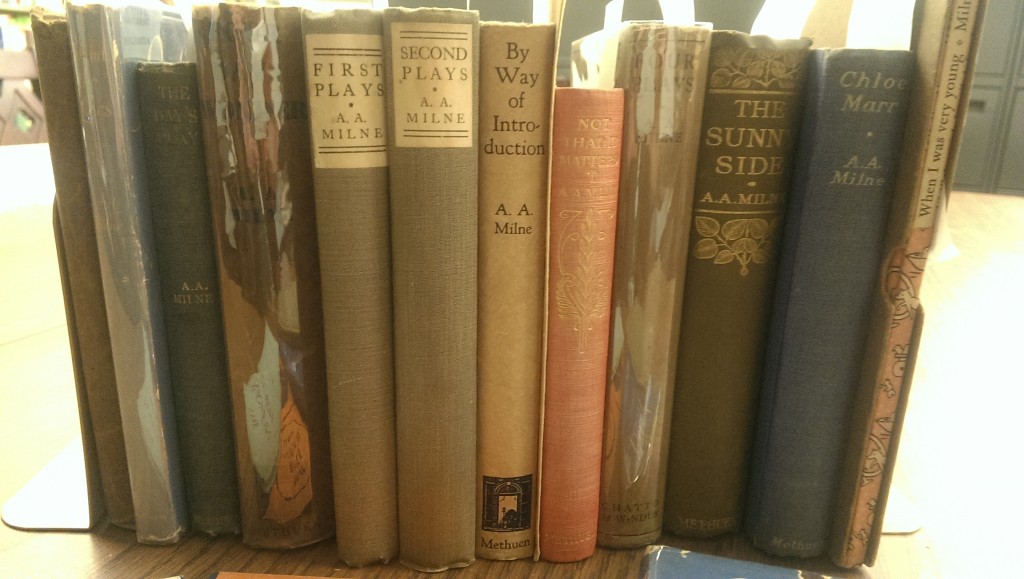