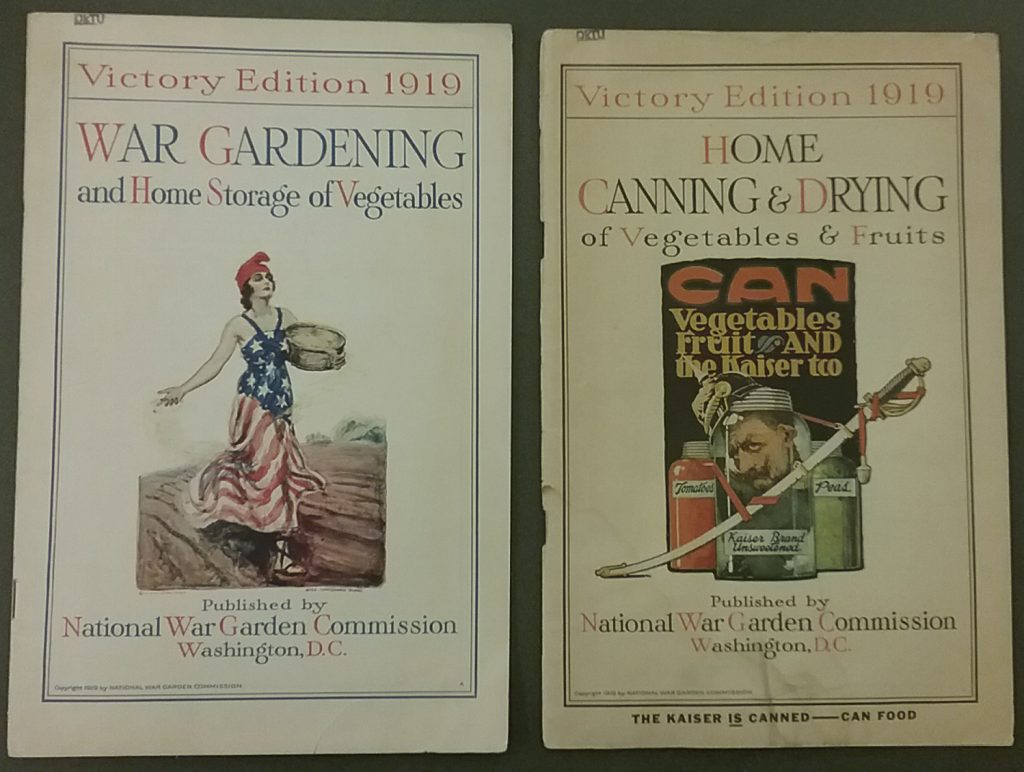 Many Americans are familiar with the idea of the Second World War encouraging home ‘Victory Gardens’. These have been referenced in many films, documentaries, novels, and WWII memorabilia.  This week I learned there was quite a bit of encouragement and participation in ‘Victory Gardens’ during the First World War. Victory Gardens appeared early on in the war, but several governmental approved pamphlets were published by the National War Garden Commission in 1919. These brief informative writings detailed the importance and means of starting Victory Gardens and then preserving the harvested goods.

Even though the armistice was concluded in November of 1918, the United States government was still encouraging participation in starting and maintaining Victory Gardens to aid in production of food. More Victory Gardens enabled the prices of fruits and vegetables to stay at moderate levels and more produce could be sent to troops still overseas and as war relief for devastated Europe. Not only civilians but also the military camps and bases in the U.S., assigned plots for agricultural production.   After growing the produce, the participants were urged to can and preserve the foodstuffs. Printed guides were also sent out to inform the public on the best and most efficient ways to preserve various types of products.

The Special Collections has two of these World War I  Victory Garden pamphlets, War Gardening and Home Storage of Vegetables and Home Canning & Drying of Vegetables & Fruits both published in 1919. These two booklets are the “Victory Edition” and on one cover the propaganda slogan “The Kaiser IS canned—can food” is visible. The pamphlets include information on the most productive garden organization, tools and tips, prevention of insects and disease, a schedule for when to plant certain seeds, and how to store specific harvested crops in different areas and save seeds for the next year’s garden. 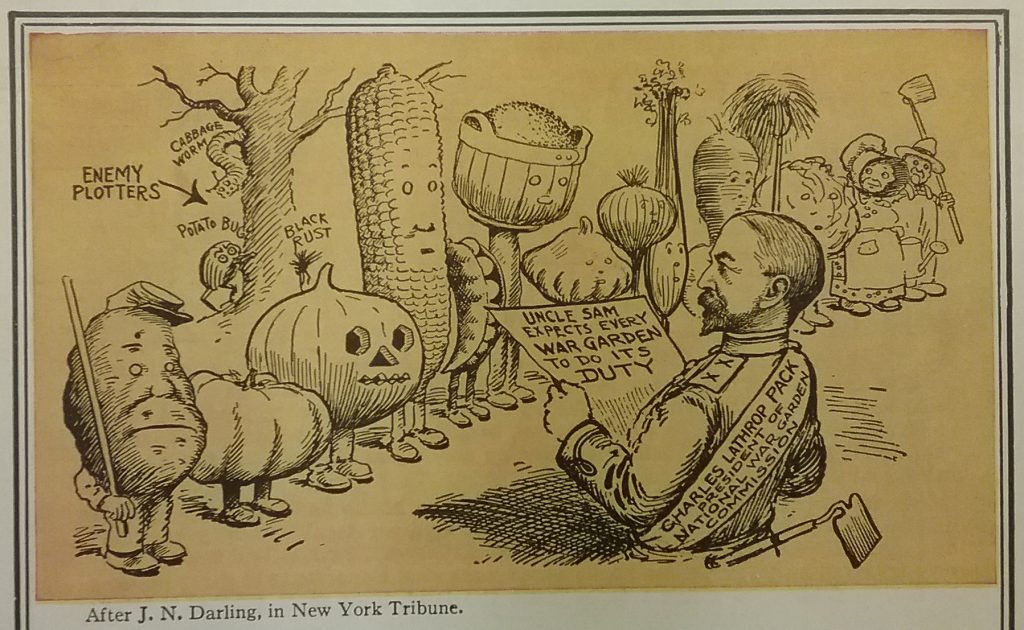