Marie Edna Whitehill was originally from Chelsea, Oklahoma and attended Kendall College. She graduated in 1911, only four years after the school had been moved from its original location in Muskogee to Tulsa, where it remains to this day. During Marie’s time at the University there were only three buildings on campus: the original Kendall Hall (torn down in 1972) and two others. McFarlin library, the heart of campus, was not constructed until 1930. The University continued to grow and officially became The University of Tulsa in 1920. This collection of photographs (acquired in 2007) shows scenes of everyday life on campus. As a current student at The University of Tulsa, the photographs are intriguing because they highlight the differences between the university today and over a hundred years ago. Marie has a photograph showing a member of the Kendall College baseball team, an athletic team that no longer exists at the University. An image of Kendall Hall shows the drastic difference between the original building and the current Kendall Hall that sits on campus. She also has an image of the inside of a dorm room featuring banners and photographs on the wall next to the bed. It is interesting to note that even back then students liked to add their own personal touches to make the dorms feel more like home. 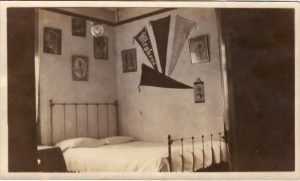 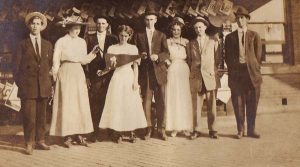 There are many other intriguing things to note in the entirety of the photographic collection. The full collection can be viewed at the Special Collections and University Archives website. 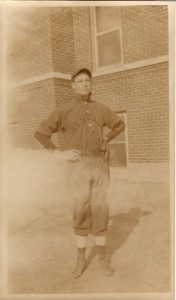 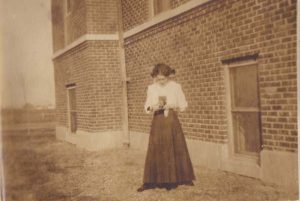 This entry was posted in Collections and tagged Kendall College, Marie Edna Whitehill, photographs, the university of tulsa. Bookmark the permalink.